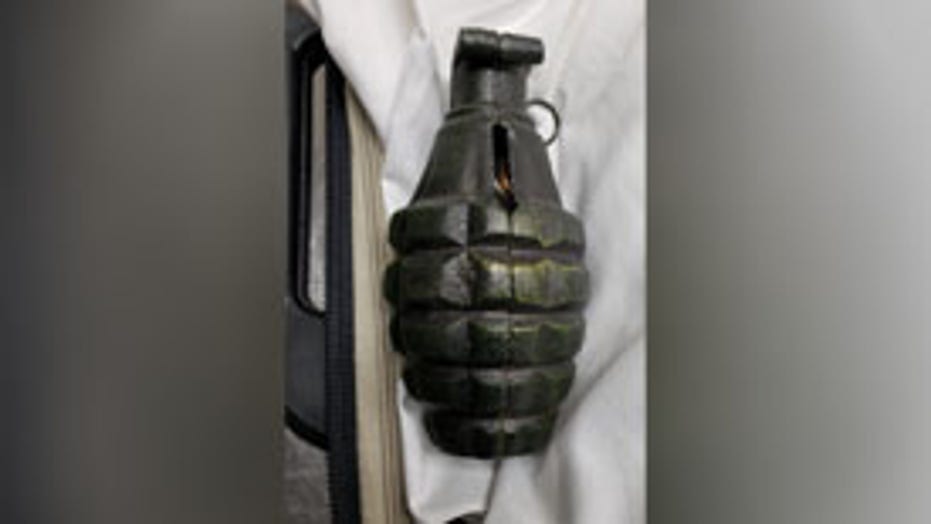 It might seem obvious, but don’t bring explosives or devices that shoot explosives on airplanes. Even if they're just replicas, it's still a bad idea.

The TSA recently tweeted out two photos of items that passengers attempted to bring onto planes with them. Based on the information, it does not appear that either traveler intended to use these items for no good, but they were still clearly against regulations.

On Saturday, a passenger at Newark Liberty International Airport was caught with what appeared to be a grenade in his checked luggage. According to the TSA, the authorities were called and the man was removed from the flight. Explosives experts eventually determined that it was actually a highly realistic replica of a grenade.

Of course, something like that still isn’t allowed on airplanes.

The TSA tweeted out a photo of the object, with the caption, “The right way to pack a grenade is not to pack it at all. Passenger at EWR airport had this in his checked bag on Saturday. TSA contacted police, who removed the man from the plane for questioning. Explosives experts determined that it was a realistic replica, also not allowed on planes.”

On Monday morning, TSA agents discovered a missile launcher in a checked bag at Baltimore/Washington Thurgood Marshall International Airport. This one was not a replica.

Neither passenger was charged, although both devices were confiscated and will not be returned.