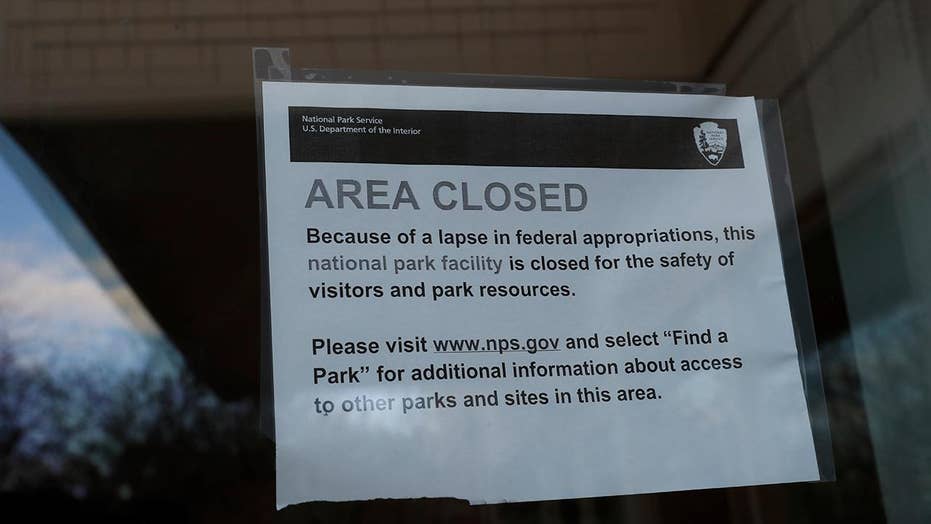 Road trip? For many vacationers across the country, travel plans are jammed in neutral, as the government shutdown drags on with no end in sight. “It’s frustrating. It seems like we do this more and more, year after year,” said Eric Kelso, a frequent parks visitor who’s cutting his trip to Joshua Tree National Park short this year.

Most national parks, museums, and other government institutions remain shuttered for the time being, forcing many travelers to change their vacation plans or scrap them altogether.  Sarah Ellis Sparks made a lengthy journey to Washington to explore America’s history at the Smithsonian and other institutions, only to be met with disappointment instead of national treasures. "They need to open everything up because people are coming from like...I'm coming from Alabama, I flew down here -- to see nothing," she said.

Vacationers aren’t the only ones feeling the squeeze. The U.S. Travel Association reports the shutdown is costing the industry more than $100 million a day. That means tour operations need to change plans too. Some 82 percent say they’ve adjusted itineraries – with almost half reporting major cancellations. “They’re more slowed in terms of those parts of the industry. You know, the parks are open but certain portions or parts of the parks are closed down,” said Zach Burau, founder of the subscription travel service Wanderlift.

It’s a big gamble for vacationers who roll the dice and go forward with their plans. Many park visitors, like Sven Schumacher, say they need to seek out non-government services and lodging – sometimes at higher prices. “They are independent of the government shutdown which was good for us and we also had to choose them because on the homepages and also on the phones the people were not available so there was a huge impact."

Travel experts expect losses to keep piling up as long as the government remains shut down. “If this thing goes on past a month and a half or two months, I think you will see some effects and then the severity of those effects could continue as the shutdown goes on," Burau said.

A prolonged shutdown could impact travel further down the road when it comes to booking trips now. About 800,000 federal workers are expected to miss paychecks this week.

EDITOR’S NOTE: A previous version of this report used outdated data from the U.S. Travel Association on the impacts of government shutdowns on the travel and hotel industries.