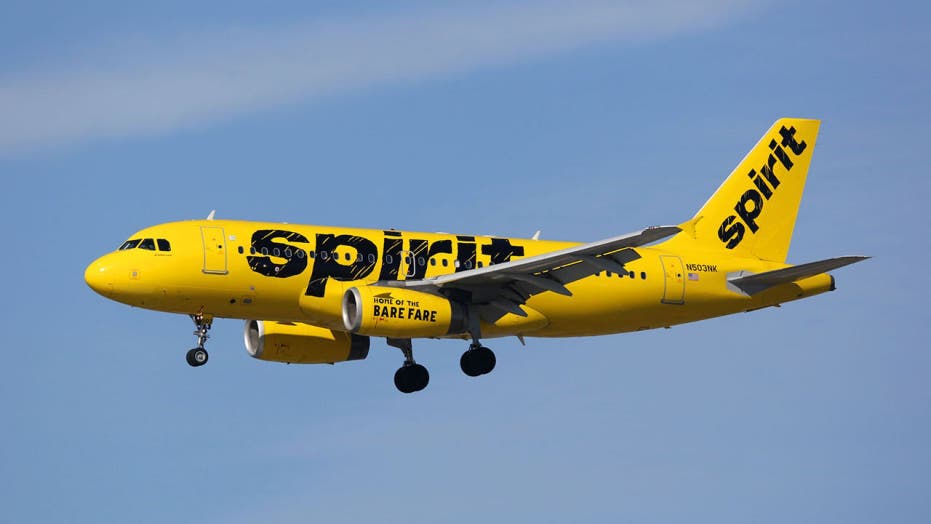 An unidentified passenger was recorded during a racially tinged rant while not wearing a mask on a Spirit Airlines flight last week.

According to a report, the plane had landed in Sacramento when the woman got up to use the bathroom at the back of the plane.

In the video, a flight attendant is seen arguing with the woman about needing to get to her door. The altercation appears to begin when the flight attendant attempts to move past the passenger in the aisle and she says, “don’t push me."

"Ok, excuse me, I need to get," the flight attendant can be heard saying before she appears to push the woman's backpack.

“Did you see what she did? She put her hands at me. She wants me to go to jail, y’all. See how she’s antagonizing me?” the passenger says.

The passenger continued to claim the flight attendant was “getting aggressive” with her as she refused to move out of the aisle.

In the tense clip, the passenger, who is a Black woman, gets into an argument with another passenger whom she refers to as “White privilege.”

A spokesperson for Spirit Airlines did not immediately respond to a request for comment. (iStock)

“You have a mask on, you’re in the government, too, you’re confined, and you don’t have White privilege anymore,” the passenger, who has her mask pulled under her chin, says to the flight attendant in the video. “I’m a Queen from California.”

Eventually, an officer comes to escort the woman off of the flight.

While she is being escorted off, other passengers can be heard applauding and laughing. It is unclear why the woman was waiting for the bathroom in the beginning as another passenger can be heard saying there is nothing blocking her from using it.

A spokesperson for Spirit Airlines did not immediately respond to a request for comment.