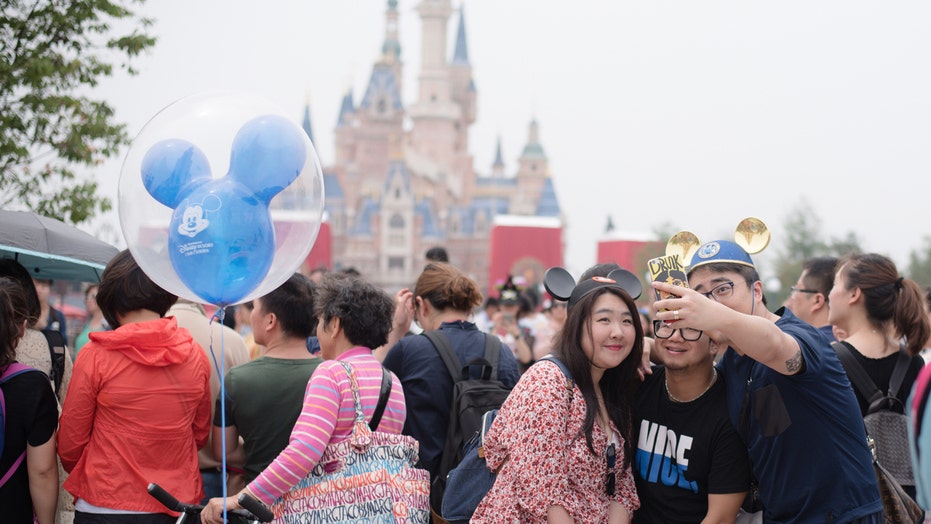 In response to widespread flight cancellations attributed to the coronavirus, airlines are beginning to run 'ghost flights'. Here is what you need to know about what is causing them to still fly with empty seats.

Shanghai Disney has taken the “first steps” toward reopening the resort after temporarily shuttering in late January amid concerns over the ongoing COVID-19 outbreak.

“Each of these resort locations will operate under limited capacity and reduced hours of operation,” the resort notes in a message posted to Shanghai Disneyland’s website. “The Disney Car and Coach Park and the Disneytown Parking Lot will also reopen.”

Shanghai Disney Resort has reopened a limited number of "shopping, dining and recreational experiences" — but not the theme park itself. Officials will also be requiring guests to wear face masks "during their entire visit. (iStock)

Shanghai Disney Resort is also requiring temperature screenings for anyone planning to visit the reopened areas. Guests will also “need to present their Health QR Code when entering dining venues, and will be required to wear a mask during their entire visit,” according to Shanghai Disney Resort.

Shanghai Disneyland also confirmed that the theme park itself “remains closed” while officials assess the safety of reopening under the guidance of the Chinese government.

The theme park originally announced it would be temporarily closing on Jan 24 “to ensure the health and safety of our guests and cast.”  The shutdown commenced a day later, on the date of China’s Lunar New Year.

In the weeks since, Hong Kong Disneyland announced its temporary closure amid the ongoing coronavirus outbreak, followed by Tokyo Disney Resort in Japan.

Disneyland Paris has since announced that it would not be closing its park in France, but continuing with its stringent sanitation practices, a sentiment the theme park reiterated after an employee — who worked at night, and had no contact with guests — tested positive for COVID-19 on Sunday.