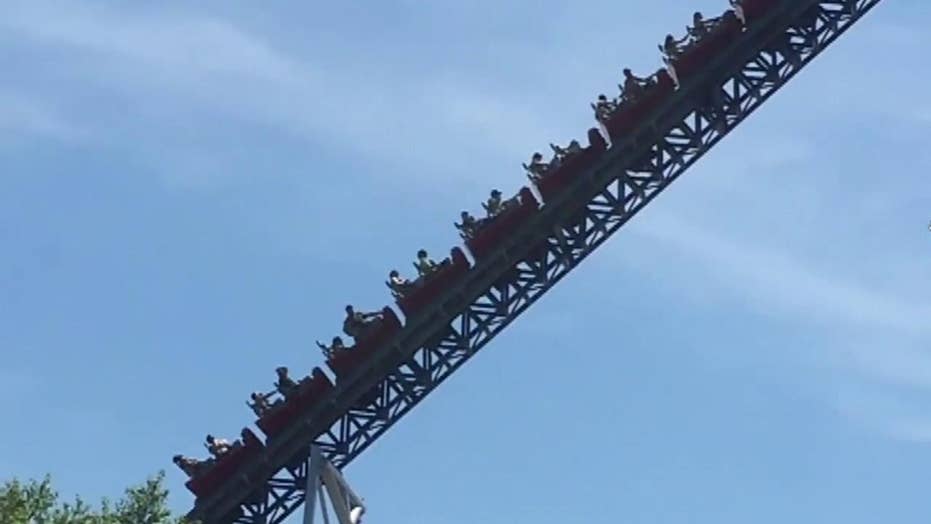 A power outage at Cedar Point amusement park in Sandusky, Ohio, brought rides to a stop on Monday afternoon — and stranded dozens of guests on one of the park’s most popular roller coasters.

Sarah Parry, a guest at the park, claims riders on the Millennium Force roller coaster were trapped in their seats for at least an hour. She also shared footage that showed the roller coaster stopped midway up the ride’s lift hill.

“I am still here and it’s been over an hour and it still hasn’t moved,” Parry wrote on Twitter. “Other rides are down as well.”

Witnesses say the Millennium Force wasn’t the only ride affected by the power outage, with many observing that the Sky Ride, WindSeeker, and Rougaru had come to a standstill as well.

The Sky Ride station, too, appeared to be smoking during the outage.

“It was really scary. I felt really bad for them. Especially looking around at the Millennium Force. People on the cable rides, the swings. You saw so many people stuck. It was so horrible,” said Alecia Beggs, a guest who spoke with Fox 8 Cleveland.

Employees were reportedly helping stranded guests off the rides in the interim.

Monday’s power outage marks the second incident to befall Cedar Point this month. On May 5, the park’s Steel Vengeance roller coaster was shut down after one of the trains “lightly bumped a parked train in the loading station.” It was the ride’s first day of public operation.