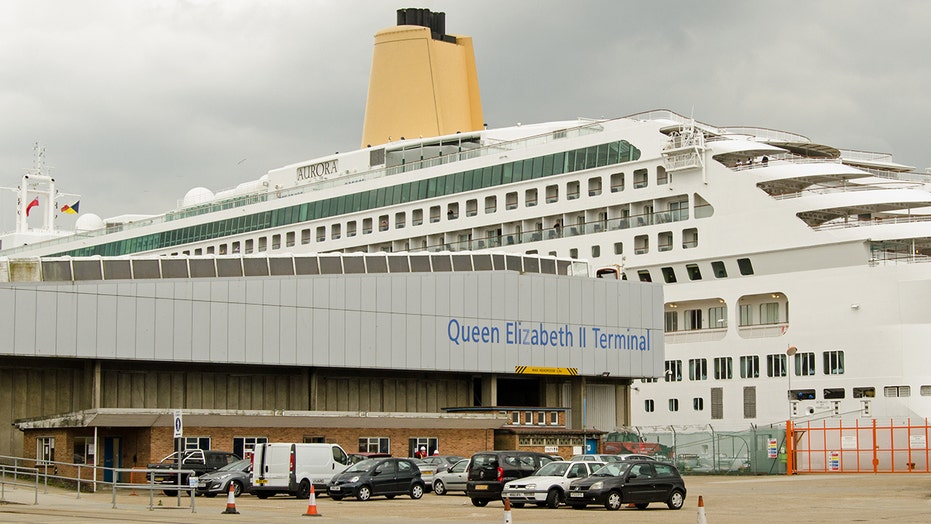 Passengers aboard a P&O Britannia cruise ship purportedly used furniture and weapons after a brawl broke out on the last day of a week-long trip to Norway's fjords.

According to reports, a passenger dressed in clown attire sparked the massive brawl in a buffet area, which left six people - including three women and one staff member - with "significant bruising and cuts," police said.

The cruise ship was sailing from Bergen in Norway to Southampton, England.

Onlookers fled in fear during the violent affair, which occurred early Friday morning during a black-tie evening of heavy drinking and "patriotic" partying on deck.

Good morning Britain journalist Richard Gaisford, who was on the ship, said on Twitter that the brawl was caused after one passenger took offense to another person dressed as a clown, according to the BBC.

"One witness, part of a group involved in the trouble, explained to staff that things kicked off when another passenger appeared dressed as a clown. This upset one of their party because they’d specifically booked a cruise with no fancy dress. It led to a violent confrontation," Gaisford said.

The buffet area of the ship was sealed following the fight and medical teams were seen helping those injured. Gaisford was alerted to the disturbance after a 2:00 a.m. announcement had requested security at the ship's 16th-floor restaurant. He tweeted on Saturday that "there was blood everywhere."

"Witnesses told me they were so frightened they had to hide, as family groups fought," he said.

Those responsible for the fight were confined to their cabins for the last day of the cruise, Sky News reported. The staff of the cruise ship told Gaisford they've never experienced anything like it before.

A 41-year old woman and a 43-year-old man, both from Chigwell, Essex were arrested on suspicion of assault by Hampshire police when the ship arrived in Southampton on Saturday morning.

“Officers are investigating following reports of a public order incident on board P&O’s Britannia. The incident happened during the early hours of Friday 26 July while the ship was en route to Southampton from Bergen," Hampshire police said in a statement.

Authorities said they boarded the ship when it arrived in Southampton and an investigation is ongoing.

A P&O Cruises spokesman said in a statement: "Following an incident onboard Britannia on Thursday evening we can confirm that all guests have now disembarked and the matter is now in the hands of the local police."