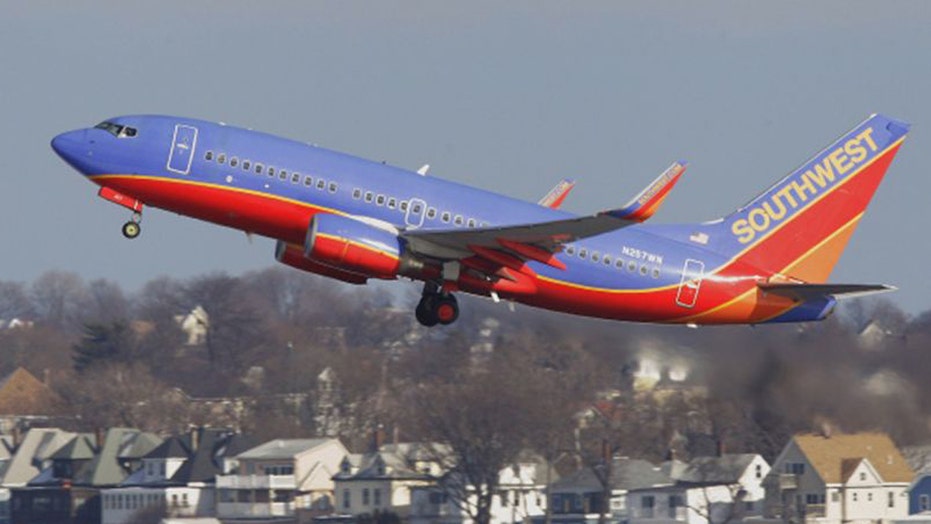 Did she deserve it? The 'Red Eye' panel debates flight etiquette

Inspired by a 2014 wave of in-flight altercations, Christopher Jon Sprigman of New York University’s School of Law and Christopher Buccafusco of the Cardozo School of Law conducted an experiment to learn whether a “private deal” between passengers would alleviate the stress caused when one passenger reclines into another passenger’s space.

The answer? Yes, it would. But only if the right amount of money changed hands.

PRE-FLIGHT BRAWL ON ALL NIPPON AIRWAYS CAUGHT ON VIDEO"

"[Buccafusco] and I have been doing studies on how people value property,” Sprigman explained to Fox News of the duo’s motivation behind the experiment. “We decided to apply some of our tools to the pricing of the ‘right to recline.'”

As it stands, coach passengers aboard most airlines are given the “right” of reclining their seats about 4 inches which, though it sounds trivial, the professors say it's actually a significant amount of space.

“It sounds trivial, and it is trivial, and we hope that everyone will agree that people who get in fights over airplane seats are idiots,” the professors wrote in their study, which is published on Evonomics. “But there are, apparently, more than a few idiots.”

In Sprigman and Buccafusco’s surveys, however, they asked subjects to imagine that airlines had instituted a policy that would allow passengers to pay off the person seated in front of them, in exchange for that person to remain in an un-reclined position. The lawyers then asked the subjects how much they’d be willing to pay — or how much they’d want to be paid — depending on whether they were the person in front or behind another seated passenger.

On average, the would-be passengers in front demanded that the person behind them pay $41 before they’d agree to refrain from reclining. But, on the flip side, survey respondents behind were only willing to pay an average of $18 to keep the people in front from encroaching into their space.

Strangely enough, Buccafusco and Sprigman asked those same subjects to imagine an airline that didn’t offer a “right to recline,” and only allowed passengers to recline if they struck up deals with their cabin-mates. In this scenario, the people in the front claimed they would only pay $12 for the privilege of reclining, while the people in the back said they would accept no less than $39.

The lawyers also found that some subjects would be willing to accept snacks and drinks in lieu of cash and, in some situations, were even more eager to do so.

“People are more willing to trade for the right to recline when the transaction isn’t about cash, which we think is related to people not wanting to make every human interaction about money,” added Sprigman. “Thankfully.”

At the conclusion of their study, Sprigman and Buccafusco deduced that — at the risk of encouraging airlines to institute another fee — it just might benefit passengers if the flight crew charged for those snacks, which could then be used by passengers as a form of currency.

“Most airlines still hand out free drinks, and sometimes little bags of pretzels. Maybe instead they should charge for them and allow passengers to purchase them for one another,” they posit. “Everyone wins. Seat recline space is efficiently allocated. Airlines are marginally further from bankruptcy.

"And no one gets punched in the face.”