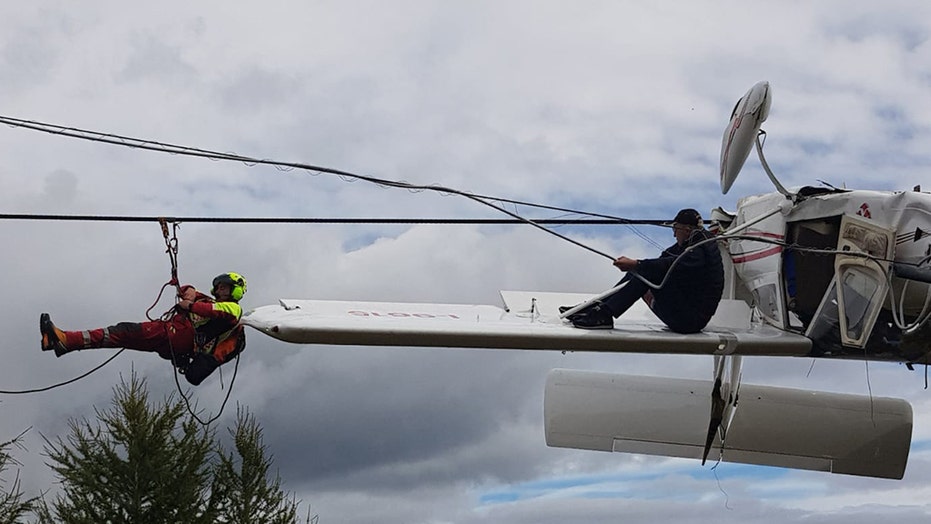 A pilot and passenger were reportedly unharmed after their small plane crashed into a ski lift on Sunday.

Dramatic photos shared online show the small plane tangled up in ski lift cables in Prato Valentino in the Italian Alps. No one was on the ski lift at the time of the crash, reports said.

However, though the photo shows the plane hanging precariously upside down, the pilot and passenger – the only two on the flight – miraculously both managed to survive the event without serious injury.

Several rescue teams were called to save the men, reportedly a 62-year-old pilot and 55-year-old Italian tourist. (AREU)

According to BBC, the pilot sustained light injuries after being thrown from the plane onto the wing while the passenger remained in the plane and was unharmed. Rescuers confirmed to the BBC that the pilot was being treated at the hospital.

Several rescue teams were called to save the men, reportedly a 62-year-old pilot and 55-year-old Italian tourist.

According to the Daily Mail, it took a team of 20 about 90 minutes to get both men down from the ski lift cables.

"It was a miraculous escape. The plane crashed into the cables but fortunately it became stuck rather than crashing to the ground. The rescue operation was very tricky. The rescuers had to very carefully maneuver along the cables very, very slowly. We didn't want the cables moving any more than necessary,” a spokesperson for Italy’s cave rescue unit told the Mail.

Officials are investigating what caused the crash.