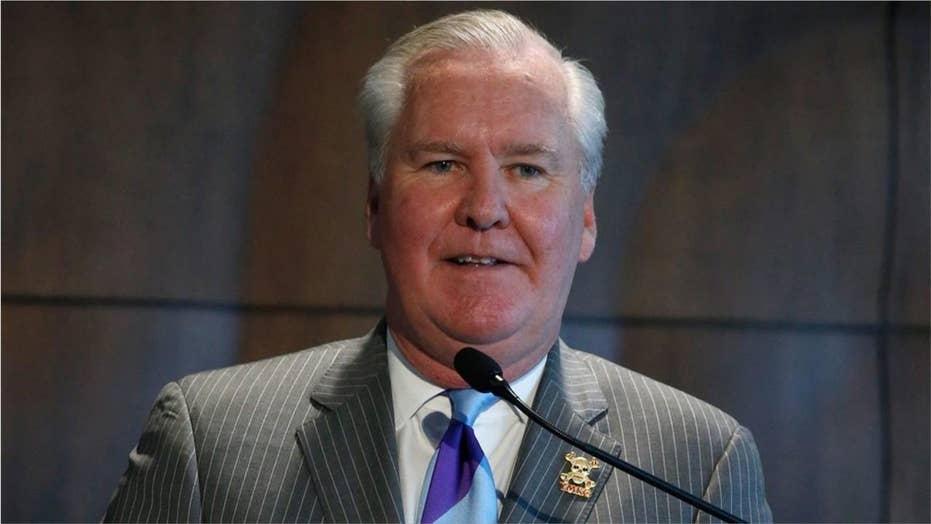 The personal Twitter account of Mayor Bob Buckhorn of Tampa, Fla., was hacked early Thursday morning with the hijacker posting racist and pornographic images and a threat against Tampa International Airport.

Officials with the Tampa International Airport (TPA) say there is no credible threat against the air hub after hackers took control of the Tampa mayor’s Twitter account and made bomb threats on Thursday morning.

The personal Twitter account of Mayor Bob Buckhorn of Tampa, Fla., was hacked early Thursday morning with the hijacker posting racist and pornographic images and a threat against Tampa International Airport (TPA). Reps for the mayor have confirmed they are working to suspend the account.

Around 4 a.m. on Feb. 21, Twitter messages with offensive content and photos — described as “racist, misogynistic, and pornographic” by Fox 13 — began to flood the personal Twitter feed of the Sunshine State mayor, spamming his following of 52,000.

MAN'S GUN ALLEGEDLY STOLEN FROM SFO BAGGAGE CAROUSEL: 'THIS IS A NIGHTMARE'

"I have hidden a bomb in a package somewhere at the Tampa international aiport," one tweet from the hacker read. "Looking forward to seeing some minorities die."

“EMERGENCY ALERT BALLISTIC MISSILE THREAD INBOUND TO TAMPA BAY AREA. SEEK IMMEDIATE SHELTER. THIS IS NOT A DRILL,” another message read, as per WFLA.

Threats against Tampa city employees and the local VA office were also posted from the compromised account, as per Fox 13.

“Earlier this morning we noticed someone hacked Mayor Buckhorn's twitter account, this was clearly not Mayor Buckhorn. Upon noticing the hack we immediately began investigating these reprehensible tweets. We will work with our Tampa Police Department as well as all investigators to figure out how this breach was made,” Bauman told WFLA. “We urge residents to change their passwords and continue to alert officials when they see an unlikely change in account activity. We are work working with law enforcement to investigate all threats made by this hack."

Buckhorn told WFLA that he is out of state on a hunting trip, and that his staffers are working to get the hacked social media account closed.

Reps for the Tampa Police Department (TPD) and TPA airport police have also said that there are no “known credible threats” to the airport at this time.

"Tampa Police are investigating a hack to Mayor Bob Buckhorn's Twitter account. The Mayor is aware of the hack. TPD detectives are working to determine who is behind the despicable messages. There are no known credible threats," TPD spokesman Steve Hegarty told WFLA.

“Airport Police are aware of hackers who made threats against the airport via the Tampa mayor’s twitter account. Police do not believe the threats are credible but are taking appropriate action to ensure the safety of TPA. Operations for passengers are normal at this time,” reps for the air hub tweeted from TPA’s official Twitter account.