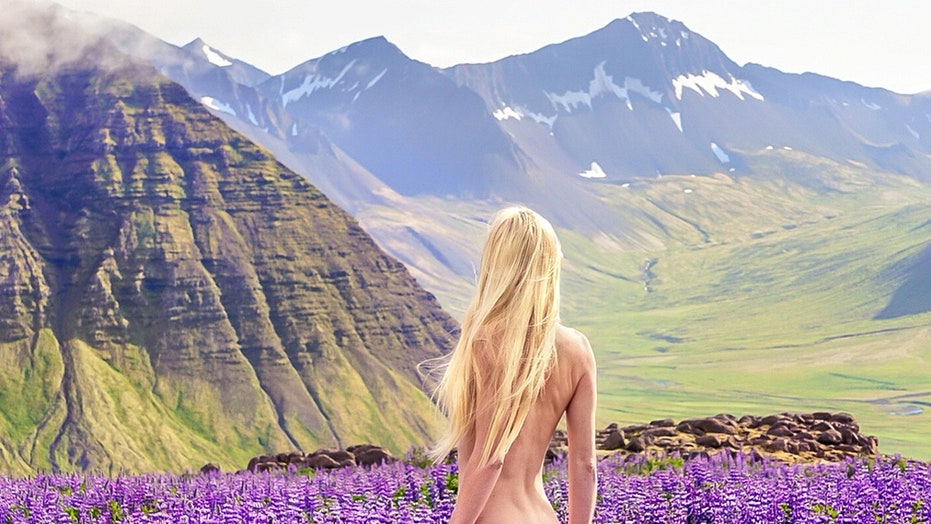 A nude Instagrammer has revealed the best places to strip off and take photographs. Rather surprisingly, she claims the best place in the world is Iceland - as long as the weather is okay.

Svetlana Reus, who goes by @Lighty_Light on social media, has posed naked in countries all around the world, including Australia, Bali and the Maldives.

Yet it is the cold country of Iceland which she says is the best place for posing without any clothes on.

Svetlana Reus, who goes by @Lighty_Light on social media, has posed naked in countries all around the world, including Australia, Bali and the Maldives. (Jam Press)

"I was naked in boundless lupine fields with a breathtaking view of the mountains, then in front of the secret waterfall surrounded by incredible green color,” she said. "You can easily find a beautiful hidden spot there."

The 30-year-old Instagrammer, who many have likened to Emilia Clarke's “Game of Thrones” character Daenerys Targaryen, has her husband of five years take the naked photographs as they travel.

She admits, however, that he is more modest than she is and doesn't like to be naked or named.

Since then, they have renewed their vows somewhere new every year, including a Buddhist ceremony in Thailand, an Arabic wedding in the UAE and an Inca marriage in Peru.

Reus now more than 20,000 followers, perhaps unsurprisingly thanks to the many naked pictures and stunning landscapes.

While the freelance IT manager currently lives in Greece, because of the "good climate," she admits her "heart belongs in Tanzania and South Africa," with her next destination being Hawaii.

She explained: "Traveling became my addiction in 2010 when I had my first trip. Nature inspires me to pose naked. I carefully select pictures so they look artistic but not vulgar."

This story was originally published by The Sun.