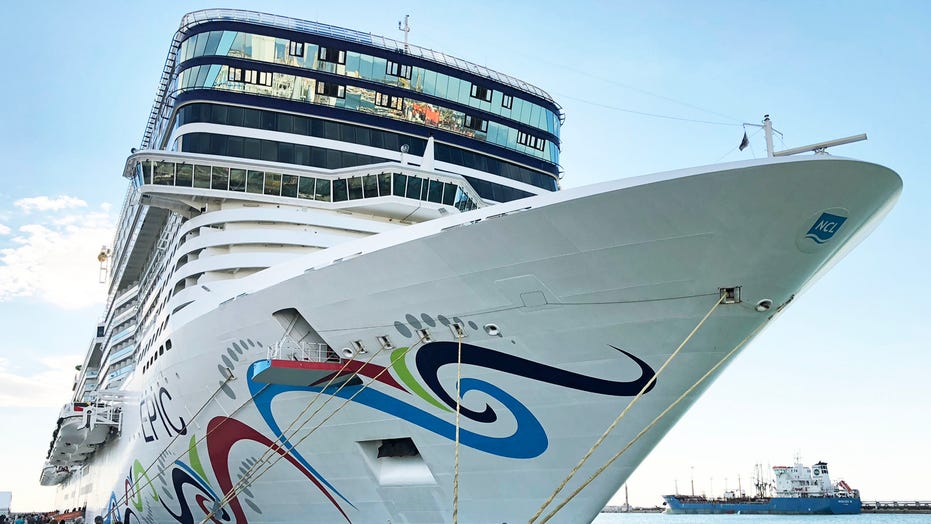 A cruise ship reportedly was struck by an outbreak of Norovirus.

Photos of the ship returning to the Port of Los Angeles in San Pedro, Calif., have surfaced on social media.

The images showed a group of passengers seemingly being screened separately from other travelers.

The outbreak occurred on the Norwegian Joy ship, the Mirror reported. The boat had been on a 16-day cruise after leaving Florida. Crews reportedly rushed some passengers off the ship when it docked, although it was unclear how many were affected.

ROYAL CARIBBEAN REFUNDS PASSENGER AFTER CHARGING HER NEARLY $3,000 FOR A FACIAL

Peter Krajewski said he was on the boat and shared pictures of the scene at the port. He posted, “Just got off the Norwegian Joy in the port of Los Angeles. Our ship had been dealing with a Norovirus outbreak the last couple of days, but none of the passengers suspected that it was as bad as it was. Apparently hundreds of people were acutely ill on the ship.”

In a statement obtained by Fox News, a spokesperson for Norwegian Cruise Lines said, "The safety, security and well-being of our guests and crew is our number one priority. As such, we operate at the very highest public health standards. During Norwegian Joy’s Panama Canal sailing, a few guests onboard experienced a stomach-related illness. To mitigate any impact of this rare occurrence, we implemented stringent sanitation procedures. As always, we will continue to monitor this situation."

Krajewski also posted on Twitter, “Sick passenger coming off the Norwegian Joy are being screened separately from the rest of the disembarking passengers.”

In a statement obtained by the Mirror, the Los Angeles Fire Department said, “LAFD personnel continue to examine ‘several persons who have been ill’ while aboard the currently docked cruise ship, which is disembarking passengers. A yet to be determined number of those ill passengers desiring further medical assessment or ambulance transport are still being evaluated onshore by LAFD Paramedics. No patients are currently displaying life-threatening symptoms.”