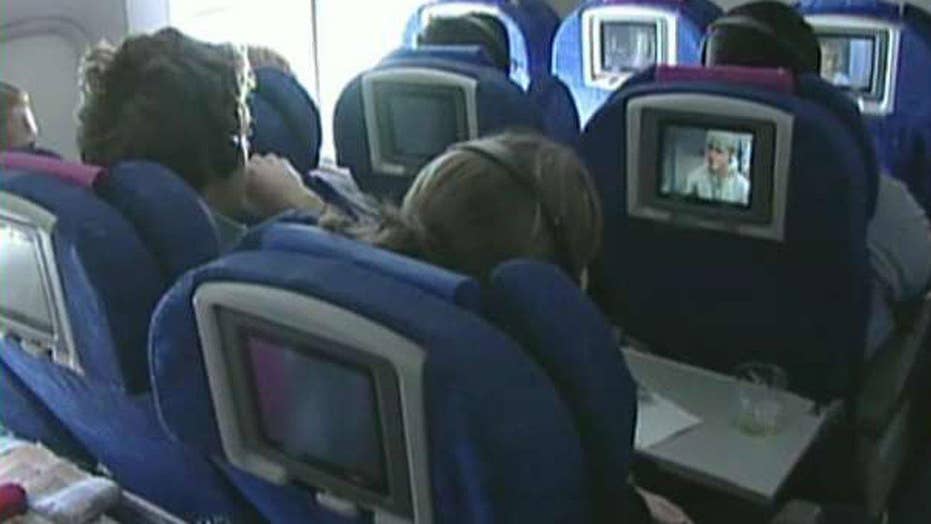 Have you done one of these 'annoying' airplane behaviors?

The new “basic economy” airfares sound like good deals: You trade convenience for a bargain and you save some money.

“It’s a little early to say for sure, but the short answer is ‘no,’” Paul Hudson, president of FlyersRights.org, a Sarasota, Fla.-based nonprofit airline consumer organization, told Fox News.

Technically, a “basic economy” or “no-frills” airfare costs around 10 percent less than a standard economy ticket. But if you want to check your bag or even pick out your seat, it could cost $25 or more, which could wipe out what you saved.

You’ll pay nothing, of course, if you choose to carry your bag onto the plane. But you’ll be allowed only one bag, and it will have to fit under the seat in front of you. No overhead bins for you!

That alone could be enough to discourage travelers from saving a few dollars by flying “basic economy.”

But all three legacy carriers--United, American and Delta--have made the move to compete with newer, low cost airlines like Spirit and Frontier by rolling out basic fares on several routes. Even Southwest, which typically offers cheaper fares, has felt the sting.

Industry experts view them as an attempt by the major airlines to capture-- or at least take back-- some of the budget market. Some, like Henry H. Harteveldt, founder and travel industry analyst for Atmosphere Research Group in San Francisco, believe they’re also “a marketing ploy designed to help airlines compete with the big budget carriers” — chiefly Spirit, Allegiant, and Frontier in the U.S.

Another budget carrier, Norwegian Air, offers seasonal nonstop service between JFK, Logan and Reagan National to Martinique and Guadeloupe in the French Caribbean.  The service has been extended from JFK through April 30, 2017. One-way flights can be as low as $59.

The websites of the major airlines, especially American and United, spell out what’s included when you fly no-frills. “They’re not hiding anything from you,” Harteveldt said. “They’re very clear with their messaging about what you will get and what you will not get.”

And what you will not get are some things that you always took for granted. Passengers who fly “basic economy” may be unable to choose their seats in advance — making it difficult to sit with their companions or family members. What soft drinks and peanuts? Forget about it.

“What was standard is now extra,” Hudson said.

But in the end, you might not be saving that much. Harteveldt said an online search for flights on American from Philadelphia to Fort Lauderdale between March 7 and March 10 showed a “basic economy” fare of $192 and a standard economy fare of $196.

“For four dollars,” he asked, “is it worth giving up the checked bag?”

Not for frequent traveler Linda Kundell, president of Kundell Communications, a New York-based public relations firm. “I’d rather pay slightly more and have a little more comfort and take another small bag on board and choose the seat I want,” she said.

“I see them more as an inconvenience,” said Camille Austin, 31, a New York City resident who travels regularly throughout the U.S. and to Mexico and needs to carry two items on board — one for her laptop and personal items, the other for fragile arts and crafts she uses for her job, promoting a brand of mezcal.

Would a “basic economy” fare ever make sense for her?

“I would try it out if I traveled a bit less,” Austin said. But as a frequent traveler, she chooses “convenience and comfort.”

So the bottom line, before you book an airline seat is: Buyer beware.

“With anything that appears to be a bargain price, shop carefully,” Harteveldt said. “What looks like a bargain doesn’t always turn out to be.”

So are these ultra low cost, no frills fares really here to stay?

“As long as we have ultra-low-cost airlines like Spirit and Norwegian, budget fares are here to stay,” Harteveldt said. But he added, “It’s hard to say anything will last forever in the airline industry.

“As long as the low-cost airlines are not only flying, but also continuing to grow, I believe we’ll see the ‘big three’ carriers keep their ‘basic economy’ fares.”