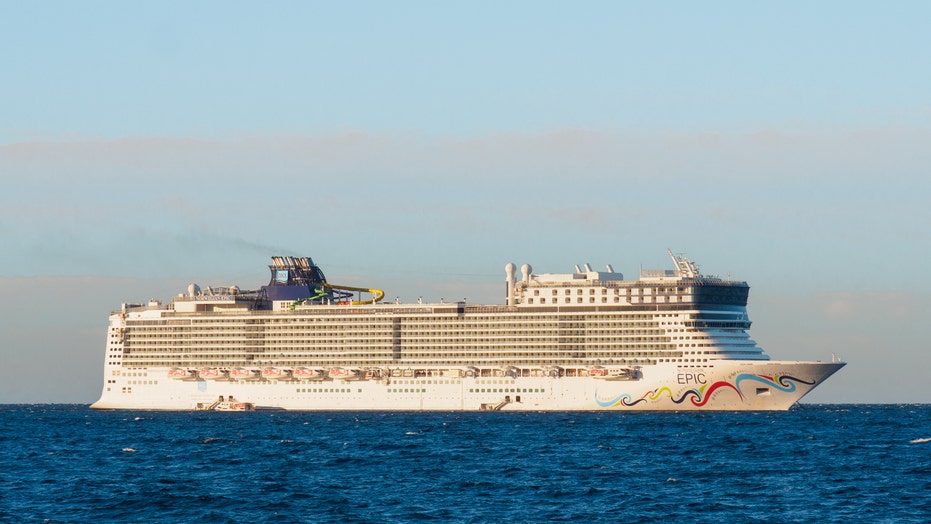 The FBI has confirmed the arrest of a man on a Norwegian Cruise Line vessel who they say chased a woman throughout the ship before breaking her arm and jaw.

Jeff Smiley III was arrested on Nov. 6 after the Norwegian cruise vessel had reached the pier in Old San Juan, Puerto Rico. He was charged with two counts of assault, including assault within maritime and territorial jurisdiction, and assault resulting in a substantial bodily injury to a spouse or intimate partner.

CRUISE PASSENGERS CLAIM THEY WERE BOOTED FOR HAVING LOUD SEX

The FBI did not confirm Smiley’s relationship to the victim.

Authorities with the San Juan Field Office say surveillance footage shows Smiley assaulting the woman on Nov. 4 while the ship was in international waters. They also say he “pursued” the victim “through various sections of the cruise ship” during the attack, per a news release.

The man, who was aboard a Norwegian Cruise Line vessel (not pictured) heading for San Juan, Peurto Rico, is said to have "pursued" the victim throughout the ship during the attack, according to the FBI. (iStock)

Agents from the FBI’s Violent Crimes (VC) squad and the U.S. Coast Guard met and boarded the vessel just outside San Juan the following day. Smiley was detained overnight by police in Puerto Rico before being arrested on assault charges the following day.

Assistant United States Attorney Jenifer Hernandez will be prosecuting the case, the FBI says. If he’s convicted, Smiley could face up to five years in prison.

A representative for the Norwegian Cruise Line was not immediately available to comment.