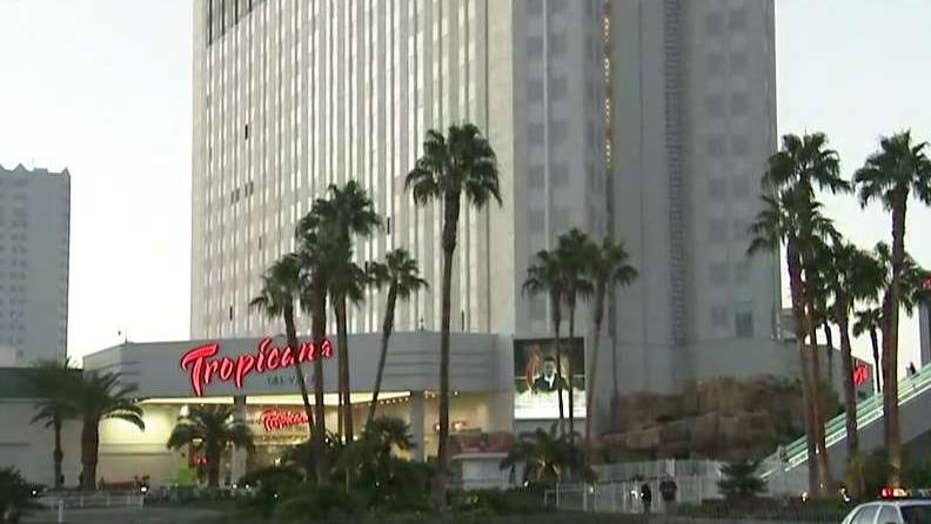 Las Vegas concert survivors holed up in nearby hotels

Jonathan Hunt reports from the scene of the deadly shooting.

"Security personnel have lifted all restrictions on access to Mandalay Bay and other MGM Resorts. Guests may return to their rooms," according to a tweet posted by Mandalay Bay a little bit after 8 a.m PST on Monday.

MGM Resorts International had originally confirmed it has placed the Mandalay Bay Resort and Casino and its nearby resorts on “lockdown” early on Monday morning, in the wake of Sunday night's massacre in Las Vegas.

“This evening, there was a tragic active shooter situation at the south end of the Las Vegas Strip. Law enforcement and emergency personnel responded quickly to the incident and secured the scene,” read a statement posted to Mandalay Bay Resort’s social media pages.

“Law enforcement requested that we put hotels in the vicinity on lockdown to ensure guest safety. We will provide more information when it becomes available.”

The tragic shooting, which took place on Sunday night during an outdoor country festival near the Mandalay Bay Resort, has claimed the lives of at least 58 people and injured hundreds of others.

Police say the suspect, 64-year-old Stephen Paddock, who had been firing down into the crowd at the Route 91 Harvest festival from the 32nd-floor of the Mandalay Bay Resort and Casino, was already dead of a self-inflicted gunshot wound when authorities burst into his room.

The Las Vegas Convention and Visitors Authority has also tweeted its condolences to those affected by the shooting, writing that they are "saddened" by Sunday night's tragedies.

“We are all saddened by the events unfolding on the Strip. Our thoughts are with the victims, families and first responders," the LVCVA wrote.

Each property also accompanied MGM’s statement with the same message: “Our thoughts & prayers are with the victims of last night's tragic events. We're grateful for the immediate actions of our first responders.”

MGM said it is also making crisic counselors to any hotel guests or employees who would like to utilize their services in the wake of the tragedy.