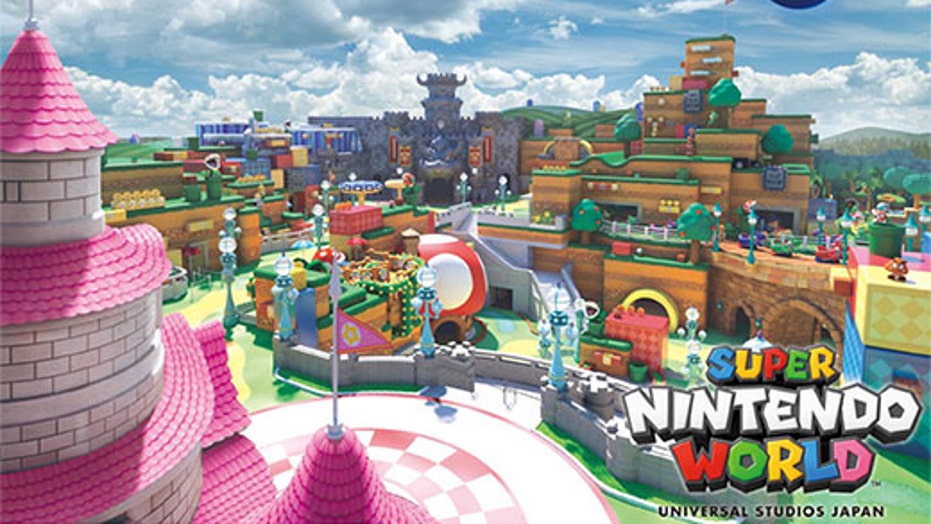 The teaser video for Japan’s upcoming Nintendo-themed amusement park may raise more questions than answers, but an early look seems to confirm that its video-game aesthetic will meet fans’ expectations. Unless, of course, those fans were expecting something more akin to the Mushroom Kingdom à la the poorly-reviewed 1993 “Super Mario Bros.” movie, in which case, no — this is nothing like that.

On Tuesday, Universal Studios Japan shared details of the Super Nintendo World scheduled to open at the park this coming summer and, as hinted at earlier, not once did they make any reference to the Bob Hoskins-starring film, or its eerie dystopian dinosaur netherworld.

“It’s been more than 3 years since Universal Parks & Resorts announced the development of Super Nintendo World globally, I am very excited that we now have finally entered the year of opening,” said J.L. Bonnier, the president and CEO of Universal Studios Japan, LLC, in a press release.

The press release also confirmed a number of Nintendo-themed rides and challenges, but not a single one that requires guests to interact with a holographic John Leguizamo, all dressed up in his green Luigi attire from the 1993 film.

"Think of Super Nintendo World as a life-size, living video game where you become one of the characters,” said Thierry Coup, the senior vice president and chief creative officer of Universal Creative. “You’re not just playing the game; you’re living the game, you’re living the adventure.”

Another fun feature of the park, according to the press release, involves the interactive attractions activated by a Power Up wristband, which syncs up with a smartphone app and allows guests to participate in interactive games against other guests, or collect digital “coins” throughout the park, among other challenges and gameplay opportunities.

Coup added that the franchise’s “most iconic locations and experiences” are being recreated for the park, including the “Mushroom Kingdom, Peach’s Castle, an incredible Mario Kart ride” and “Bowser’s Castle,” but he definitely didn’t say anything at all about recreating that strange Boom Boom Bar from the movie, where Hoskins-Mario shared a dance with Big Bertha.

Universal Studios Japan also released the teaser video for its upcoming park earlier this week, which, while not appearing to show any actual in-park attractions, makes it pretty clear that visitors can expect an immersive “Super Mario Bros.” experience.

The music for the teaser was also provided by “Boom Clap” singer Charli XCX and electronic dance group Galantis, and most definitely not by "George Clinton and The Goombas,” who, as everyone knows, recorded "Walk the Dinosaur" for the 1993 “Super Mario Bros.” film.