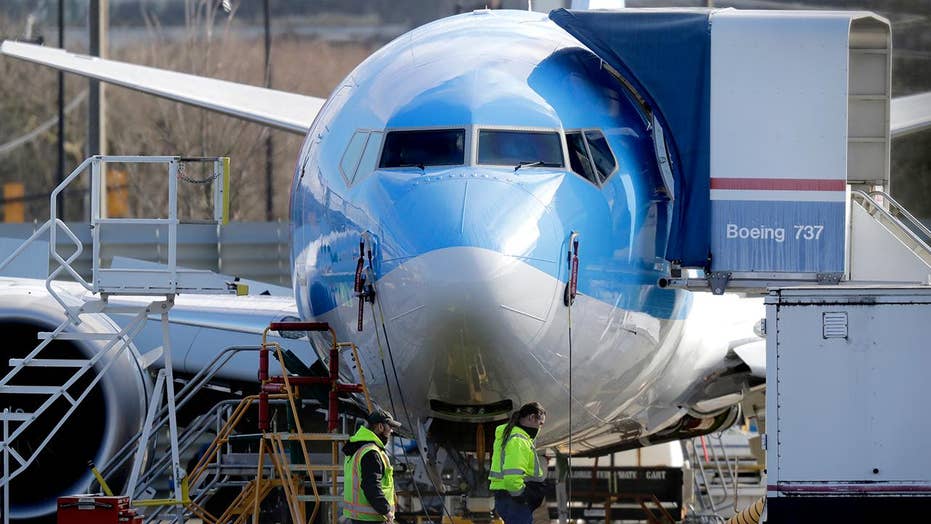 The New York Times reports that Ethiopian Airlines Flight 302 and Lion Air Flight 610 were not equipped with special warning indicators in the cockpit; Trace Gallagher reports from Los Angeles.

Icelandair is officially blaming “commercial reasons” for its decision to cancel service from Cleveland and Halifax, although a spokesperson confirmed that the “situation” with Boeing’s 737 Max 8 aircraft “played a role” in the decision.

The airline's decision comes nearly two weeks after the FAA grounded Boeing’s Max 8 and Max 9 models, which were pulled from service following the Ethiopian Airlines crash that killed 157.

"We are reviewing our schedule for summer 2019, focusing on our route performances and keeping in mind that our MAX737 aircraft are temporarily suspended from operations. We enjoyed working with our partners in Cleveland but I can confirm we are canceling the route for commercial reasons,“ said Lea Gestsdóttir Gayet, a spokesperson for Icelandair, in a statement shared with Fox News.

The same spokesperson said the route from Halifax, in Nova Scotia, Canada, was also being canceled for the same reasons.

Icelandair confirmed that its routes from Cleveland and Halifax would be canceled for commercial reasons, but "keeping in mind that our MAX737 aircraft are temporarily suspended from operations." (iStock)

Earlier this week, however, a separate representative for the airline had informed Cleveland.com that its decision to discontinue the Cleveland to Reykjavik route, which was scheduled for summer, came about as a result of its operations amid the temporary suspension of the Max 8.

“The situation with the Max played a role in that. We have to maximize the fleet we have going into the summer season,” said Icelandair spokesperson Michael Raucheisen.

Gayet‘s statement had also confirmed that Icelandair was "still committed to growing our services, with a current network of 19 gateways in the North American market and 23 gateways in Europe, from our home base in Keflavík."