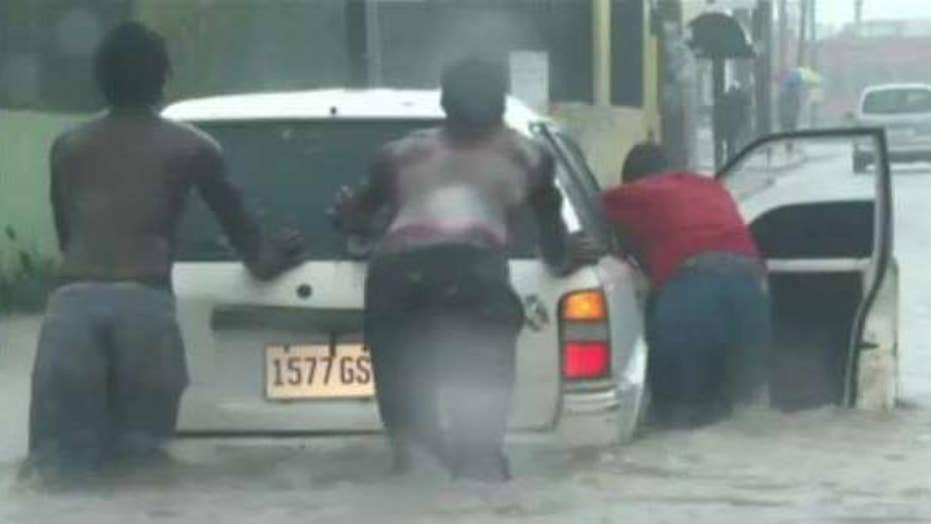 Hurricane Matthew is already bringing torrential rains to the Caribbean, sending hundreds of people in Jamaica and Haiti to emergency shelters over the weekend.

The Category 4 storm, which had sustained winds of 140 mph Monday morning, was expected to pass just east of Jamaica and near or over the southwestern tip of Haiti early Tuesday before heading to eastern Cuba, according to the U.S. National Hurricane Center in Miami.

As the storm continues its trajectory, several major cruise lines have announced itinerary changes for ships sailing in and out of the Caribbean this week.

Carnival Cruise Line has canceled all ports of call in Half Moon Cay and Nassau and replaced them with a visit to Key West and Freeport. The changes will affect at least six ships sailing this week, reports Cruise Critic. The cruise line is giving passengers a 25 percent future cruise discount and $100 voucher to use onboard. Carnival is also offering full refunds to those whose original itineraries have been changed and wish to cancel.

Carnival released a statement reiterating that passenger safety is their primary concern: "Given the unpredictability of tropical weather systems, and with guest and crew safety as our foremost priority, we are taking a prudent course of action to keep the ship out of harm's way and provide our guests with a safe and enjoyable vacation experience."

The Disney Dream, scheduled to depart Port Canaveral  today, will skip its scheduled call in Nassau, Bahamas. The ship will make a stop in Cozumel on Oct. 5 rather than Castaway Cay, Disney Cruise Line’s private island.

Customers with planned sailings to any destination in the Caribbean this week are encouraged to reach out to their cruise line directly. A Hurricane Warning is in effect for Jamaica, Haiti, the southeastern Bahamas, the Cuban provinces of Guantanamo, Santiago de Cuba, and the Turks and Caicos Islands.