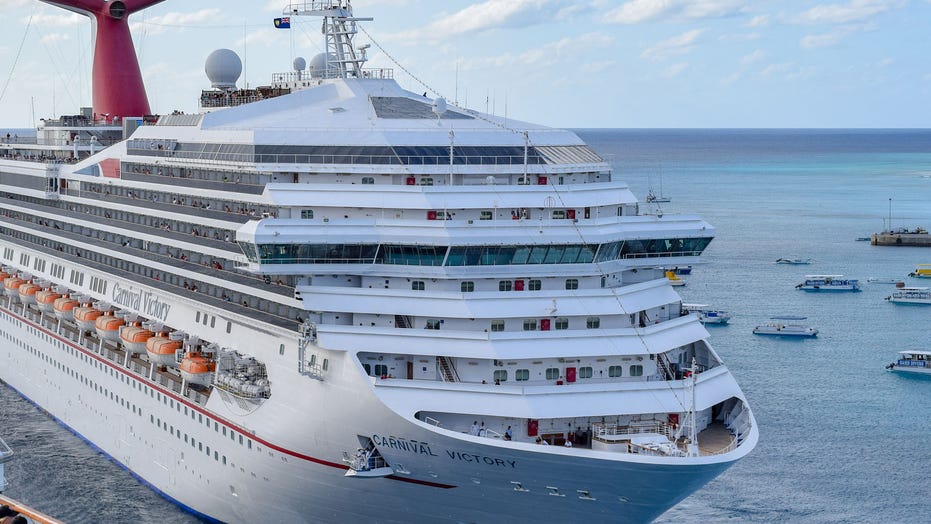 Nothing says relaxing on the open seas like a giant pillar of black smoke.

A video was uploaded to Twitter which appears to show a Carnival Cruise ship spewing out massive amounts of black smoke. Passengers on a nearby boat are seemingly watching the incident play out.

The footage was shot on July 28th around 4:25 p.m., according to the Tweet. The video apparently comes from a webcam near the port of Nassau in the Bahamas. It’s unclear what’s causing the smoke, as the ship appears to be docked.

Passengers can be seen standing on the upper decks of a nearby Royal Caribbean boat.

The footage was uploaded by PTZtv, a Twitter account that shares scenic footage live-streamed from cameras in popular travel locations. They captioned this particular footage, “Carnival Victory, ‘no smoke without…?’ Hard to imagine anything good happening here.”

One person responded to the footage saying, “Love cruising, but scenes like this make me really feel guilty.”

Another user claimed to have seen this before, posting, “That definitely looks gnarly, but we were docked next to a Carnival ship in Nassau a few years ago, that had similar smoke coming out of its stack. Not quite as bad, but still gnarly.”

One user joked about the footage, posting, “Was the air conditioning so cold that they had to heat up the chimney to this extreme? Joke aside, I hope there was no dangerous fire.”

Another user had a unique theory, posting, “Someone burnt the toast.”