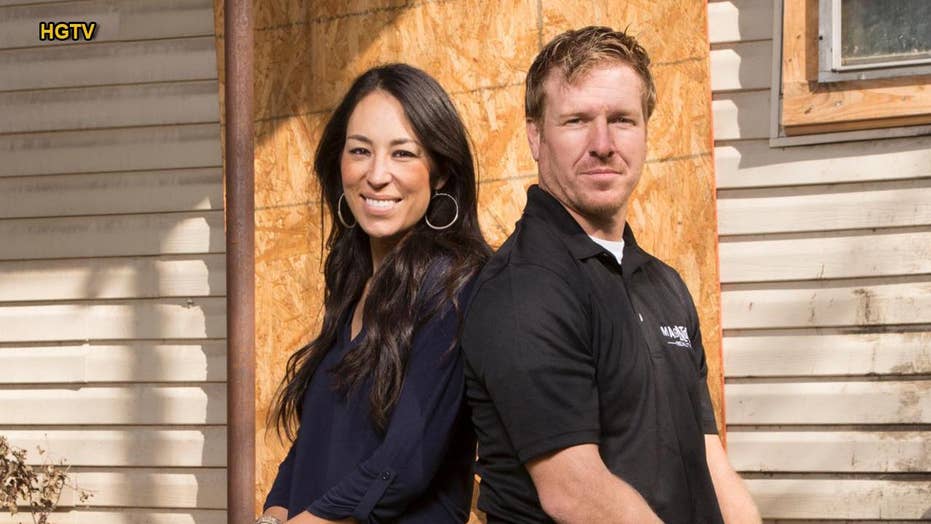 'Fixer Upper' couples flock to Airbnb to cash in

Some homeowners featured on 'Fixer Upper' are taking advantage of their newfound popularity, and cashing in big-time by renting out their homes as vacation rentals

HGTV’s hit show "Fixer Upper" has fans around the nation hooked, but not all of them are content to watch Chip and Jo work their magic on TV — some take things a step further and trek to the duo's beloved town of Waco, Texas, for the full experience.

And because of this increased tourism, some of the homeowners featured on "Fixer Upper" are taking advantage of their newfound popularity, and they're cashing in big-time: More specifically, they’re renting out their homes to visiting fans through Airbnb and VRBO.

Joshua and Jill Barrett, whose house was featured on a second-season episode, began renting out their newly-renovated home on Airbnb and VRBO after Joshua had his income slashed. According to the Barretts — who know Chip and Joanna personally — they could no longer afford to live in the new house, and couldn't bear to sell it.

$28K 'FIXER UPPER' HOME NOW SELLING FOR ALMOST $1 MILLION, BUT IS IT WORTH IT

In fact, Jill Barrett asked Joanna if she would mind if they turned their home into a vacation rental, and Joanna said she didn't have a problem with it.

“If anything, she was like, 'Why are you charging so little?'” said Jill, whose home now lists for an average of $360 per night on VRBO. “They do not have a problem with it at all. They’re very entrepreneurial and they also understand real estate. That is their business. They understand houses are bought and sold all the time.”

However, Jill did say that Chip and Joanna are always hopeful that the house they fix up will become a home for a loving family.

“What they don’t want, I think deep down, is for people just to do a home on 'Fixer Upper' with that intent of just VRBO-ing it to try and make a buck. They really do put their heart and soul into the home for that family, or that couple or that person,” said Jill.

Chip and Joanna have also expressed similar sentiments on "Fixer Upper" vacation rentals, according to a representative who spoke with The Waco Tribune.

"We have no problems with our clients' interest in using sites like VRBO and Airbnb to rent out their homes. In fact, we get it. But we are going to be more strict with our contracts involving 'Fixer Upper' clients moving forward. We want to honor our national viewing audience," spokesman Brock Murphy said in a statement for the couple.

But no matter what Chip and Jo really think, Waco's new tourists will always need a place to sleep, and a few "Fixer Upper" couples believe the houses are so popular because there aren’t enough hotels in the city.

Dave Morrow, who appeared on a first-season episode with his wife Marla Hendricks, said they got the idea to put their "Fixer Upper" house on Airbnb after Chip and Joanna put Magnolia House — their own fixer-upper rental project in McGregor, Texas — up for rent.

“They showed the way, and they showed what a good business model it is,” said Morrow. “And if anything, Chip and Joanna are not dumb. They know a lot about business.”

Morrow said he has received some criticism from people who don’t think he should have put the house up for rent — it starts at about $200 per night on Airbnb — but he said it’s a nice thing to do for the fans. In fact, he keeps a guest book filled with thank-you notes and stories from "Fixer Upper" fans who have stayed at his house and explored the city.

“I’m giving a gift to groups of people every week. Because most of the ladies who stay here are really excited about it,” said Morrow.

Charmaine Hooper and Chuck Codd, who appeared on the show in 2014, set up their home as a vacation rental on Airbnb after a friend took note of the tourists. (They had previously utilized the space as a daycare center).

“I remember when she came to me and asked about vacation rental, my thoughts were, 'Who’s coming to Waco?'” said Codd.

“Honestly, we didn’t fix it up with that intent,” added Hooper. “We had no idea that anyone else was even doing that.”

After listing the house, the two say they got a booking almost immediately. It now rents for an average of $375 per night on VBRO.

And now, the city's tourism bureau expects more than 1.5 million tourists to visit in the next year — solely because of "Fixer Upper" — so it's likely these vacation rentals are here to stay.

If you can manage to book one, that is.