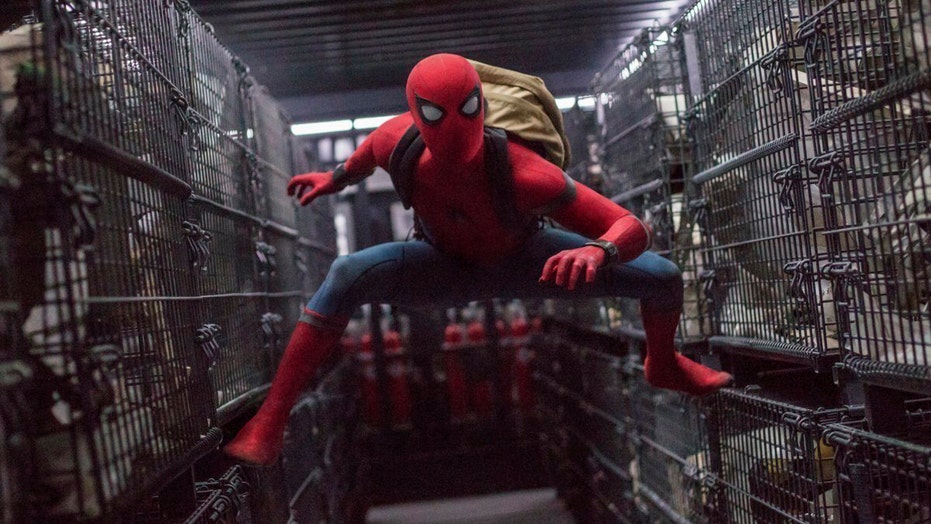 Spider-Man is swinging his way to Disney’s California Adventure Park's new Avengers Campus this summer. Guests will apparently be able to watch the web-spinner swing over their heads when they visit the new land.

Disney recently tweeted out footage of their animatronic Spider-Man robot swinging through the air against a black background. The video was captioned, “Spider-Man will soon swing into action above Avengers Campus opening this summer at Disney California Adventure Park.”

The Spider-Man is actually an animatronic robot that Disney Research Hub has been working on for two years, CNET reports. The figure was originally shown off in July of 2018, when it was still known as Stickman and had not yet donned the Spider-Man man threads. The robot reportedly uses accelerometers, gyroscopes and laser range-finding data while performing the stunts.

In the new footage, the robot is wearing a full Spider-Man costume and swings and tumbles through the air. The robot definitely pulls off some moves that Mickey and Goofy can only dream of.

Disney announced the name of the Avengers-themed land back in August — Avengers Campus.

Previous announcements from Disneyland shared further details of what guests can expect at the Avengers Campuses in both Disneyland and Disneyland Paris, which will be presented as Avengers recruitment areas. At the site, guests can “experience for themselves what it is like to have the abilities of a Super Hero,” according to the Disney Parks Blog.