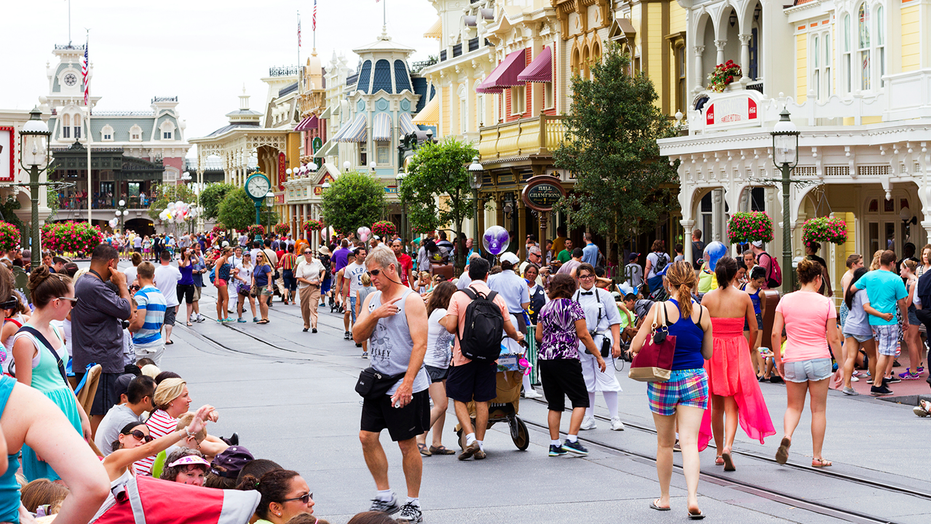 Geez, tell us how you really feel.

An anonymous mom’s rant about “childless” couples at Disney World — whom she claims to hate “with a BURNING PASSION” — is currently going viral on social media.

The woman’s diatribe, which was reportedly posted back in September, is now reaching an all-new audience thanks to Twitter user Bad Decision Fairy, who shared a screenshot of the mom’s angry tirade last week.

“This is my new favorite wild mommy post,” Bad Decision Fairy wrote in her caption, joking that she, herself, is likely the same type of “millennial slut” the mom despises.

The anonymous mother began her sometimes-vulgar post by lashing out at “childless couples” and “immature millennials,” claiming the experience is somehow wasted on them.

“DW is a FAMILY amusement park!” she wrote. “Yet these IMMATURE millennials THROW AWAY THEIR MONEY ON USELESS CRAP!!!! They have NO idea the JOY and HAPPINESS it is to MOTHERS WHO BUYS [sic] THEIR BABIES TREATS AND TOYS!!!!”

She goes on to say that childless visitors will “never experience the exhaustion” of chasing a kid around the park.

The mother then provides what may be the specific instance that sparked her rage, and it seemingly stems from a line at a pretzel stand.

She then insisted that visitors without children be banned from the park entirely before claiming to “hate childless women with a BURNING PASSION!!!!” She concluded her post with no less than 11 angry, frowny emoji.

Bad Decision Fairy’s repost soon went viral, garnering 62,000 likes and more than 14,000 retweets. Comments soon began pouring in as well, with the vast majority mocking the mom’s post or theorizing about where her anger might actually stem from.

Bad Decision Fairy, meanwhile, admitted that she herself has never been to Disney World, but would “love to go” and try on some Mickey ears.

“I’m sure Disney is really invested in getting rid of childless adults at the parks and that’s why they have so many golf courses, honeymoon-oriented resorts, bars, and upscale restaurants,” she concluded.