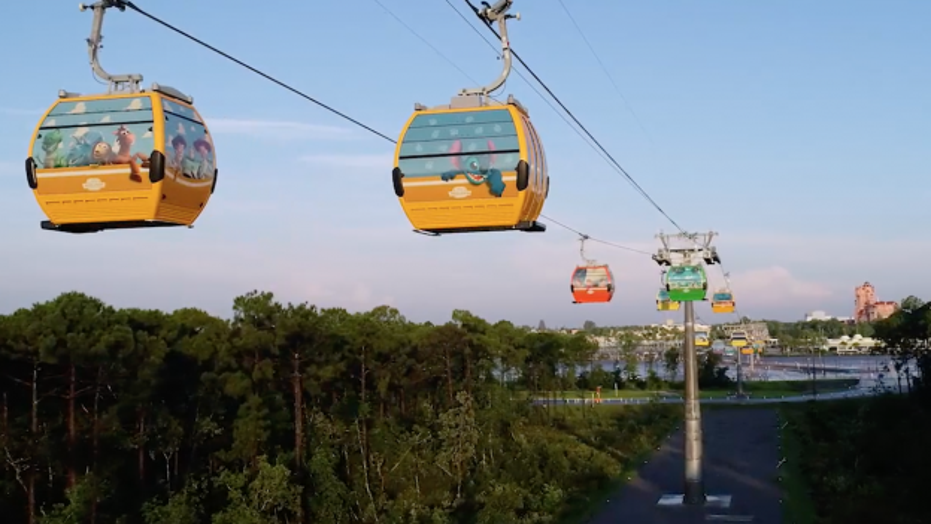 It can’t technically be called a magic carpet ride, but Disney World is still aiming to give guests a new, fantastic point of view with its soon-to-debut gondola system.

The Disney Skyliner will begin transporting guests between Epcot and Hollywood Studios, as well as three resort hotels, as of Sept. 29, 2019. A fourth hotel, opening in December, will also be connected via the Skyliner. (Disney)

The gondolas will also transport guests to Disney’s Riviera Resort upon its opening in December, the Disney Parks Blog confirmed.

“Welcome to the dawn of a new era in Walt Disney World transportation,” a video announcement teases. “Soar to four resorts and two theme parks with some of your favorite Disney characters.”

As previously reported, the gondolas will also be decked out with decorations based on Disney’s popular films, characters and attractions, including “Coco,” “Finding Dory,” Minnie Mouse, Goofy, the Haunted Mansion and Pirates of the Caribbean, among others. Many of these gondola designs were revealed back in May, during an “unwrapping” ahead of a test run at the park.

The gondolas will also be decorated with popular Disney characters from films, cartoons and rides. (Disney)

Disneyland in Anaheim used to have a similar gondola transportation system that debuted in 1956 and connected Fantasyland and Tomorrowland. The gondolas ceased operation in 1994, and the Fantasyland Skyway station was eventually demolished in 2016 to make room for Star Wars: Galaxy’s Edge, the Orange County Register reported.