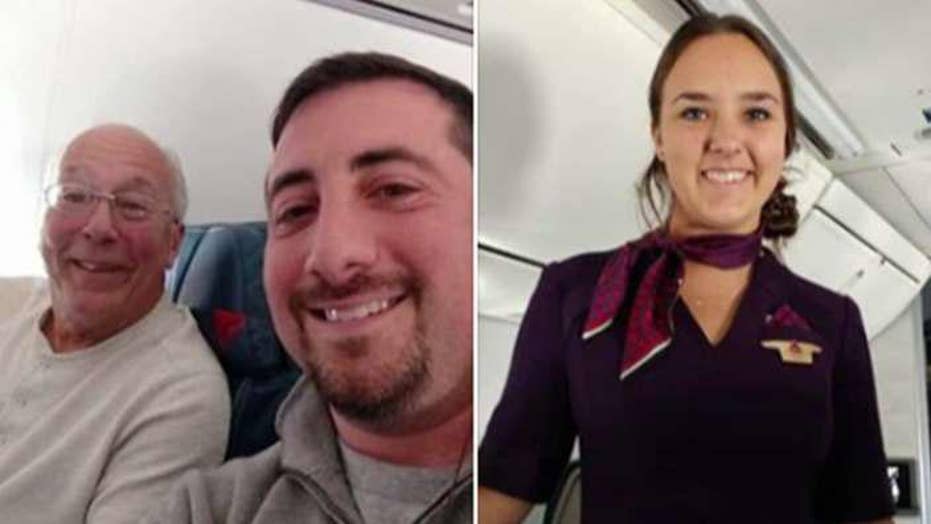 A dedicated father made sure he could spend time with his flight attendant daughter who had to work during Christmas — by becoming a passenger on every flight she was scheduled to fly.

Hal Vaughan accompanied his daughter, Pierce Vaughan, on each of her Christmas Eve and Christmas Day flights, Fox 29 reported.

"What a fantastic father!" came an observation from Mike Levy, a traveler who sat next to Hal on one of Pierce's Delta flights and ultimately shared the story to Facebook.

"Hall decided he would spend the holiday with her. So, he is flying on each of her flights today and tomorrow around the country to spend time with his daughter for Christmas," Levy wrote.

Pierce said her father made it on every flight and "even got first class RSW-DTW" (between Fort Myers, Fla., and Detroit), calling it a "Christmas miracle" because he was able to fly standby for free as a flight attendant's parent — and there was an extra seat on every flight for her father, Atlanta's WXIA-TV reported.

"A special thanks to all of the patient, wonderful gate agents around the country and my perfect crew," she wrote in a Facebook post.

'I AM GOD': THE MOST BIZARRE AIRLINE INCIDENTS OF 2018

It was the first time that Hal had flown on one of his daughter's flights, according to the station.

Pierce also thanked Levy for being a "great first class passenger & helping us understand how cool this actually is!"