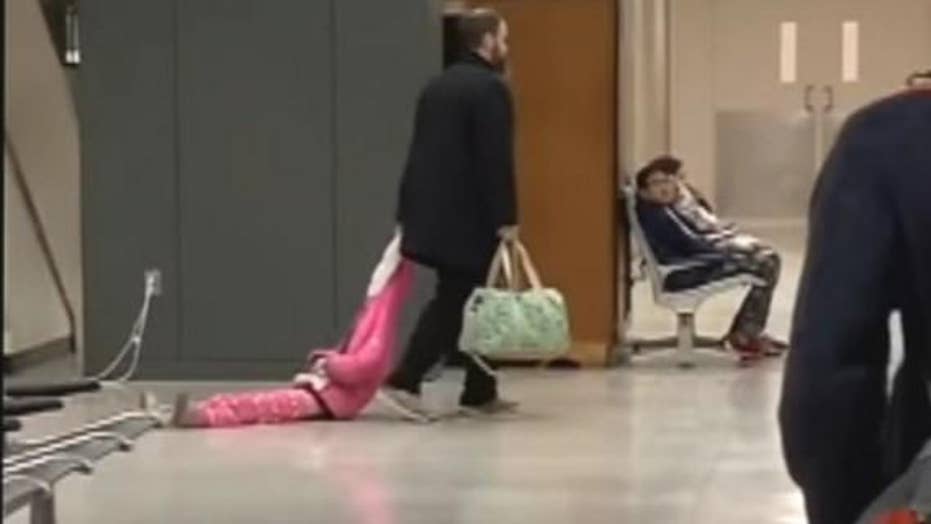 A dad has gone viral after he was filmed dragging his daughter through Washington Dulles International Airport in Virginia by her hood on New Year’s Day.

That’s one way to make sure you make your flight.

A dad has gone viral after he was filmed dragging his daughter through Washington Dulles International Airport in Virginia by her hood on New Year’s Day.

The seemingly fed-up father seems focused as he marches through the airport, towing his daughter behind him by her pink jacket hood.

According to the fellow traveler that captured the hilarious scene, the girl’s sister walks a few feet behind, carrying a suitcase and two backpacks.

The little girl being dragged did not appear to be unruly.

“She wasn’t screaming or anything, just hanging out while another girl, presumably her sister, was walking 20 feet behind her out of embarrassment,” the videographer wrote.

The dad has since been praised online, with some lauding the move as “Dad level 9000” and suggesting someone “give this man a medal.”

“Anyone with toddlers can understand this,” one person wrote on YouTube.

“Wish my dad was that cool,” another wrote, praising the dad’s actions.

It is unknown whether the man decided to drag his daughter because she was acting out, or if she requested to be pulled through the airport. But the family seems to be handling it well, either way.