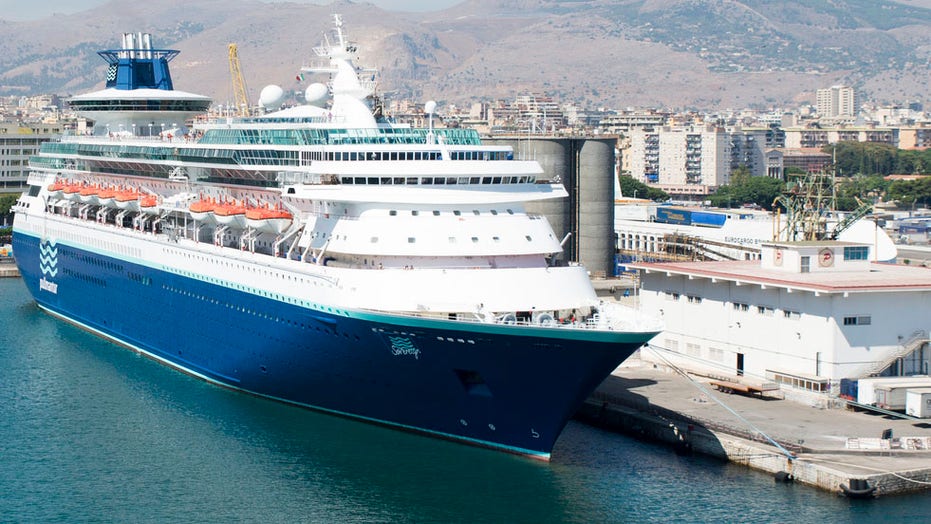 Even though it was likely intentional, a cruise ship crew member picked the wrong moment to pull out a giant fake hand and wave goodbye.

As two passengers stood helpless on the St. Maarten dock, watching as their sails away without them after a stop, a crew member could be seen waving the fake hand in a video posted online — but Royal Caribbean has confirmed this was just a case of bad timing, as the wave is a "common tradition" for ships leaving port.

In any case, all the couple could do — at that point — was start figuring out how to get to the ship’s next stop on their own.

Footage of the incident was uploaded to Facebook, which shows a Royal Caribbean ship pulling away from the pier in Philipsburg, St. Maarten, Cruise Hive reports. Based on the video, it appears that the couple just missed making it back aboard the boat.

As someone who appears to be a port worker stands near the couple, the camera pans up and reveals that the boat pulling away is the Freedom of the Seas, a Royal Caribbean Cruise ship. A man who appears to be a crew member can be seen waving a giant fake hand that appears to have the word “bye” written on it.

Royal Caribbean has since confirmed this was simply just a case of bad timing, as another ship, the Anthem of the Seas, was also docked at the port. The crew member was, in fact, waving goodbye to the other ship, which is a "common tradition" among sister ships, the cruise line said.

However, the video also shows several other passengers on both boats noticing the couple, with one person shouting, “They missed it!” Others, too, begin yelling and whistling, making it clear to everyone present that the two people missed the boat.