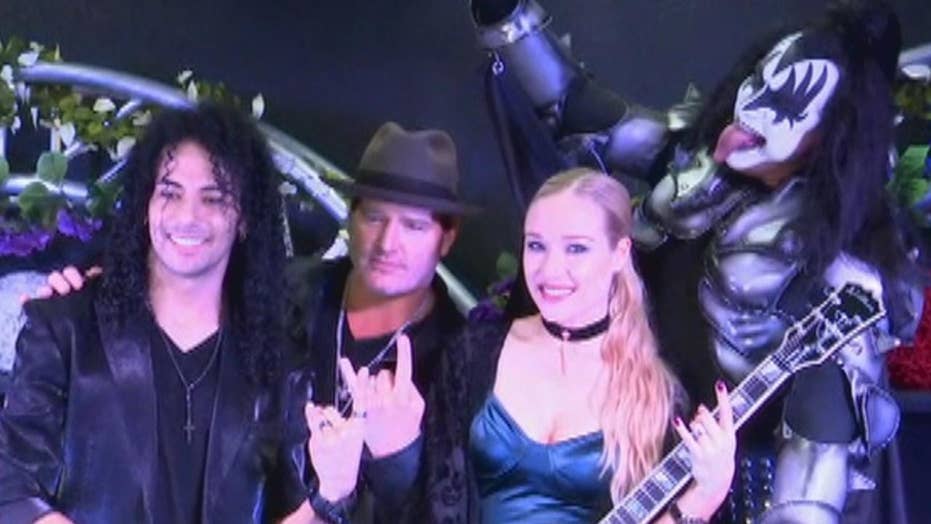 Country singer has love on his mind

Las Vegas may be known a nonstop hookup hotspot, but it's also one of America's most popular places for couples to seal the deal.

Country singer Jerrod Niemann had love on his mind on a recent trip to Sin City, crashing weddings in true rock star style-- serenading couples with his latest single “God Made a Woman”-- and Fox News was along for the ride in a Harley Davidson limo.

"Love is in the air and it is the marriage capital of the world," Niemann told Fox News between impromptu sets. "Now that I have realized that there's a lot more to Las Vegas and life than just being a fool, you know, I'm married now so I thought maybe I could go and crash some of these weddings with my 'non-tourage'."

The night started with a wedding at Denny’s, officiated by an Elvis impersonator. Niemann noted, “I thought man, Denny's, and then I got there and I get it. Once you're there and you see people in love, it doesn't matter if it's ‘Moons Over My Hammy’ or what.”

Next up, Niemann sang to a couple renewing their vows at “KISS by Monster Mini Golf” at the LOVE IT LOUD, Rock & Roll Wedding Chapel in the Rio Hotel-- complete with a Gene Simmons impersonator.

Niemann's wife Morgan also joined in on the fun, and why she loves her husband's new tune.

“It's a song that's really so special to us," the county star's wife said. "I think it really tells about our story and so to be able to crash other people's weddings and share that time with them and this song, it really means a lot.”

After Rio, Niemann traveled to a wedding at The Mob Museum and a vow renewal at The Chapel of the Flowers.

The couple's night concluded at the world famous A Little White Chapel with an Elvis impersonator, who helped Jerrod and Morgan wrap things up in a truly fitting way-- by renewing their vows too.