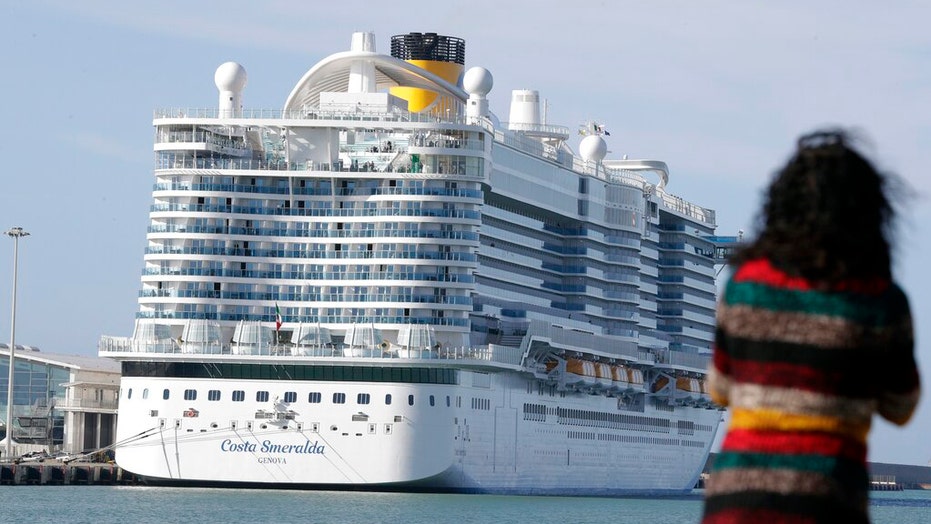 Thousands of people aboard the Costa Smeralda cruise ship are being given the OK to disembark after Italian authorities confirmed that a sick passenger tested negative for the coronavirus.

The ship, which was carrying around 5,023 passengers and 1,628 crew members, was being held in a port at Civitavecchia, Italy, after a passenger from Macau, China, began exhibiting flu-like symptoms on Wednesday. Smeralda passengers had been prohibited from disembarking until the results of the woman’s tests came back.

According to The Telegraph, if the woman indeed had tested positive for the coronavirus, passengers and crew may have been quarantined for two weeks aboard the ship.

Passengers are seen exiting the port it Civitavecchia early on Jan. 31 after Italy's Ministry of Health confirmed the sick passenger tested negative for the coronavirus. (Filippo Monteforte/AFP via Getty Images)

A laboratory at Rome’s Lazzaro Spallanzani National Institute for Infectious Diseases later confirmed the woman had tested negative for the coronavirus, or 2019-nCov, in a news release issued by Italy’s Minister of Health late on Thursday.

Costa Cruises had originally confirmed to Fox News on Thursday morning that sanitary protocol had been immediately activated when the woman began exhibiting symptoms. The 54-year-old and her traveling companion were placed in isolation.

“As soon as the suspected case was detected, the Medical Team on board immediately activated all the relevant health procedures to promptly isolate and manage the clinical condition,” a representative for Costa said in a statement shared with Fox News on Thursday morning. “The Health Authority has been immediately notified and is now on board to conduct all the pertinent measures.”

The cruise line had added that it was complying with recommendations from Italy’s Ministry of Health, as well as following all “policies and health developments” coming from the World Health Organization (WHO) and the Centers for Disease Control and Prevention (CDC).

The ship, which was carrying around 5,023 passengers and 1,628 crew members, was being held at the port until testing was complete. (AP Photo/Andrew Medichini)

In recent days, cruise companies including Royal Caribbean, MSC Cruises and Seabourn Cruise Lines have all canceled scheduled departures from China, as officials expand efforts to contain the viral disease in the Wuhan area, the central Chinese city where the outbreak first emerged.

As of Friday morning, the coronavirus had claimed the lives of over 200 people and sickened nearly 10,000.