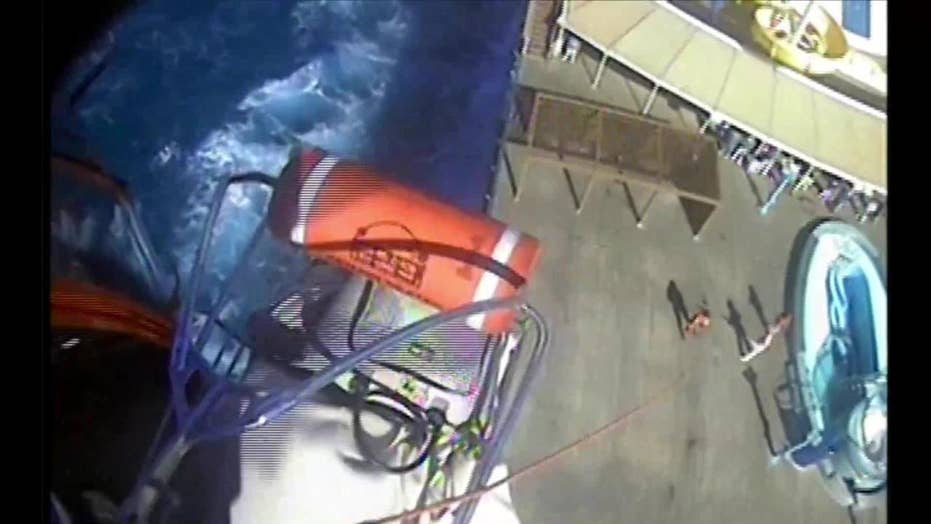 Two different passengers on the Carnival Pride needed the U.S. Coast guard to rescue them. Off the coast of Savannah, watch as a Coast Guard team helicoptered in and medevaced out the passengers in this daring video.

The U.S. Coast Guard was called to rescue not one, but two different women from the same Carnival cruise ship on Jan. 30 after one passenger reportedly suffered a stroke and the other began experiencing severe stomach pains.

The Coast Guard was first called to respond to the Carnival Pride at approximately 6:30 a.m. on Tuesday, but could only dispatch a helicopter from an air station in Savannah, Ga. half-an-hour later, due to low visibility. They reached the cruise liner and medevaced the woman, 46, and her nurse to the Roper St. Francis Hospital in Charleston, S.C., at 8:13 a.m, per a Coast Guard news release.

The Carnival Pride was roughly 15 miles off the coast of Savannah at the time.

Coast Guard footage showed a woman being rescued from the Carnival Pride by a helicopter crew. (Reuters/U.S. Coast Guard)

Later that same morning, the same air station dispatched another helicopter to the Carnival Pride — now about 35 miles off the coast of Savannah — at 11:45 a.m., this time responding to a 64-year-old woman suffering from stomach pains. She was airlifted to the Memorial University Medical Center in Savannah.

"We do medevacs quite often -- from cruise ships, fishing boats and other vessels,” Petty Officer 1st Class Luke Clayton told ABC News. “It's kind of rare that we get two on the same day from the same ship."

The Coast Guard confirmed that both women were reported to be in stable condition.