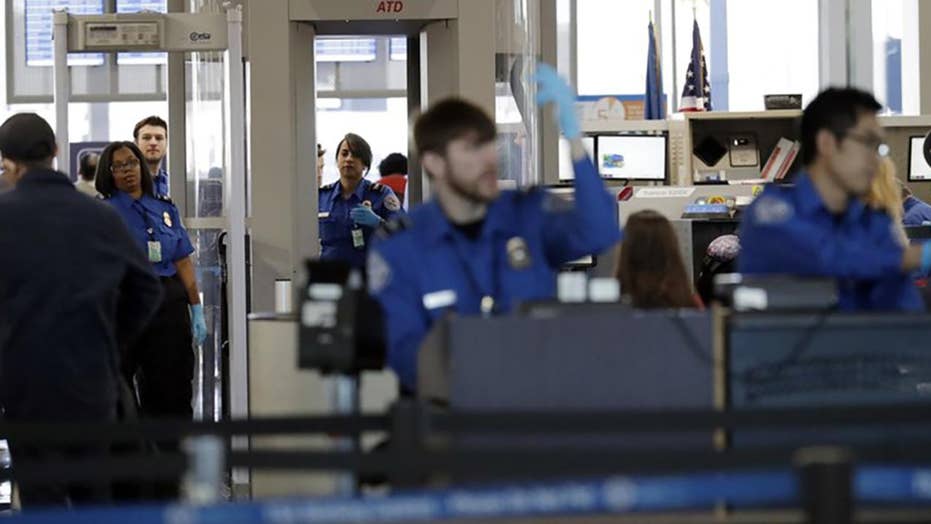 TSA deploys hundreds of resources to the southern border

How will TSA make a difference with the border crisis? Reaction from former DHS policy director Stewart Baker.

Agents with the Transportation Security Administration (TSA) at a West Virginia airport were in for a shock Wednesday when a carry-on bag ignited as it passed through a security checkpoint.

A passenger’s gray backpack went up in flames as it passed through a TSA scan at Yeager Airport in Charleston, WSAZ reports. Officials later determined that the small explosion was caused by two lithium batteries attached to a charger.

On June 12, a passenger’s gray backpack, pictured, went up in flames as it passed through a TSA scan at Yeager Airport. (Yeager Airport)

Police at the airport quickly extinguished the blaze, and no one was injured. The passenger who owned the bag was allowed to continue on their way, and no flights were delayed by the incident.

For example, lithium batteries with more than 100 watt hours may be allowed in carry-on bags with airline approval but are limited to two spare batteries per passenger, the airport said in a news release. Loose lithium batteries are prohibited in checked bags.

As for other forbidden items, just two days before, a man was stopped for traveling with a loaded handgun at the same air hub, WCHS reports. That passenger told TSA officials at Yeager he had “forgotten” he had the weapon on his person. He was ultimately cleared to fly without the gun.