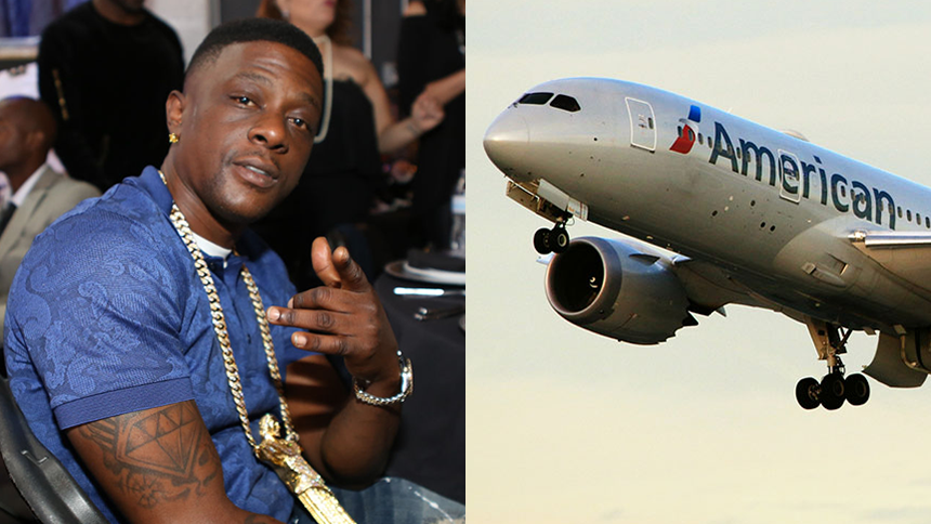 American Airlines has responded to allegations that they denied boarding to rapper Boosie Badazz on Saturday.

Badazz had originally shared his side of the events on Instagram, claiming that an American Airlines employee would not allow him or his children to board a flight from Charlotte, N.C., to Michigan, while also accusing American Airlines of racism.

DELTA SAVES 41 STRANDED STUDENTS AFTER THEIR TRIP IS CANCELED

He also used homophobic language, said the employee deserved “a bullet,” and added that he hopes all of the carrier’s “planes crash,” per the NSFW Instagram post.

American Airlines, however, is now claiming it has surveillance footage from inside the Charlotte airport that indicates Badazz, whose real name is Torrence Hatch Jr., arrived at the gate after the plane’s doors were already shut. They also confirmed that he was late because his inbound flight from Mississippi was delayed.

Badazz, born Terrence Hatch Jr., had choice words for the airline after he was denied boarding on Saturday. (Thaddaeus McAdams/FilmMagic via Getty)

“Torrance [sic] Hatch’s allegations concerned us, so we immediately began an investigation into his travel experience that including reviewing airport video footage,” American’s statement reads. “Mr. Hatch’s inbound flight from Jackson, Miss., to Charlotte, N.C., this past Saturday was delayed, and he arrived at the gate for his connecting flight to Grand Rapids, Mich., after the airplane door had been closed.”

American Airlines then acknowledged that “misconnections are frustrating,” but reiterated that Badazz was not denied boarding “for any other reason than he arrived after the door had already closed” ahead of takeoff.

“We immediate rebooked Mr. Hatch and his family for a later flight, which is our standard procedure for missed connections.”

American Airlines’ records show that Badazz and his family chose to continue to Detroit rather than Grand Rapids, as the flight leaving for Detroit was sooner.