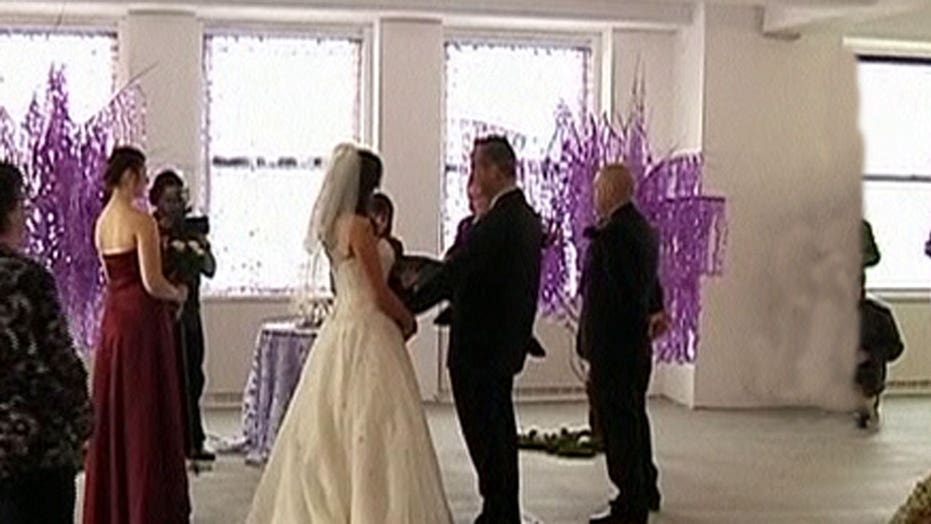 Stop at the bank before heading to the chapel

Weddings are expensive and stressful.

But bachelor and bachelorette parties are where the fun lives, at least according to 1,000 people surveyed by the company behind the alcoholic energy drink Four Loko.

When choosing where to celebrate, the number one response, Las Vegas, wasn’t a big surprise. Just behind Sin City were Chicago, Atlantic City, N.J., New York City and Atlanta.

HOW TO PLAN THE BEST BACHELORETTE PARTY IN LAS VEGAS

So where do revelers actually go to celebrate? Over 80 percent of respondents said they prefer to go to bars or pubs to celebrate the end of singlehood.

Just after bars, survey respondents sited restaurants as the next place to go, at 54 percent, adult entertainment came in at 53 percent, live music garnered 46 percent, and lastly casinos had 37 percent.

According to the survey, 65 percent opt to stay in a hotel, versus renting a house, while camping got a big thumbs down, with only one percent of interest.

Respondents apparently don’t trust the bride and groom to give the party the sizzle it deserves, with those surveyed saying the hottest parties were planned in collaboration with the bride, groom, bridal party and groomsmen. And results from the survey indicate the more the merrier, with a larger party being more fun – six to 10 people being the perfect number.

Not only do more people equal more fun, but apparently 45 percent of people said they wanted the party to last the whole weekend versus just one night or one day and one night of fun.

Lastly, get out your wallets revelers, because all this fun doesn’t come cheap.