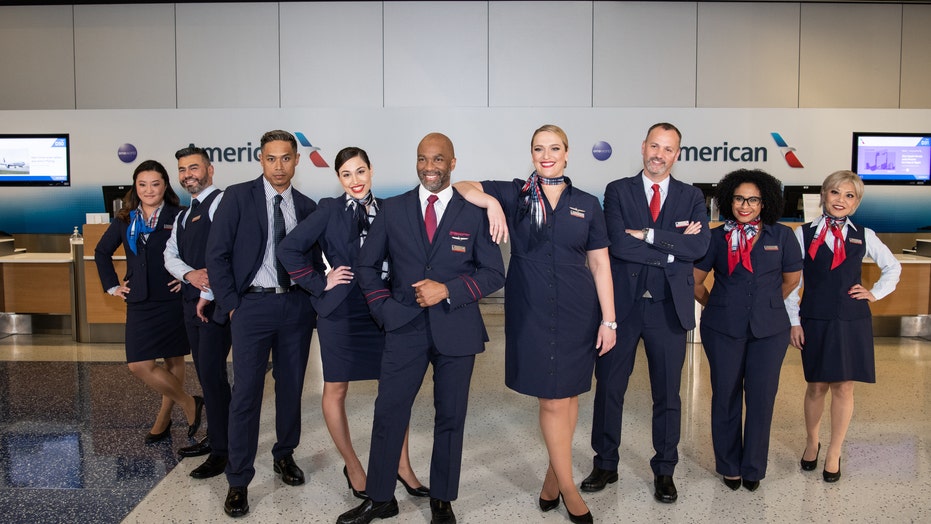 Out with the old, and in with the new.

American Airlines has finally debuted its new lineup of employee uniforms following allegations that a previous batch — which debuted over three years ago — were causing rashes, headaches and hives.

ALASKA AIRLINES TO END SPONSORSHIP OF IDITAROD AFTER 40 YEARS

“When we set out to create our new uniform collection, the clear goal was to deliver an industry-leading program with the highest levels of safety, input and choice,” said Brady Byrnes, the airline’s director of Flight Service Base Operations, per a press release.

Byrnes described the launch as “the culmination of years’ worth of input from team members,” and claimed the new uniforms meet “the highest levels of garment certification.” In its press release, the airline explained that it had achieved these certifications from OKEO-TEX, an independent union of testing institutes, which examined each component of every article of clothing for potentially hazardous chemicals.

American Airlines confirmed that all team members will also have the option of choosing between a wool-blend or “synthetic suiting fabrications” for their new uniforms, all of which were manufactured by Land’s End.

American Airlines originally ran into trouble in 2016, after rolling out a line of uniforms manufactured by Twin Hill. It was the airline’s first uniform makeover in 30 years.

Despite the chic look of the new apparel, just weeks after the rollout, employees began complaining of severe itching, rashes, headaches and hives after sporting the new clothing items, reported USA Today.

Within months, thousands of workers came forward with new complaints of itching, rashes, headaches and hives. The complaints prompted the Association of Professional Flight Attendants to ask that all the new uniforms be recalled until further testing could be completed. However, an American Airlines spokesman said at the time that the uniforms had undergone three rounds of testing and that the uniform materials were found to be “in line with normal standards.”

American Airlines and Twin Hill were then named in a lawsuit, which was initially dismissed before being amended and resubmitted in October 2018. That lawsuit had accused American Airlines of “knowingly” trying to downplay the allegedly “toxic” nature of the uniform.

In its most recent statement, American Airlines thanked its team for helping to shape the newly debuted uniforms, which rolled out this week to over 50,000 employees. Byrnes added that he was eager to “turn the page” on this issue.

“None of this would be possible without the partnership of our union representatives, and, most importantly, the thousands of team members who provided input and feedback along the way,” said Byrnes.

“This isn’t just a uniform for our team members, it’s one that was created by them, and we are excited to turn the page.”