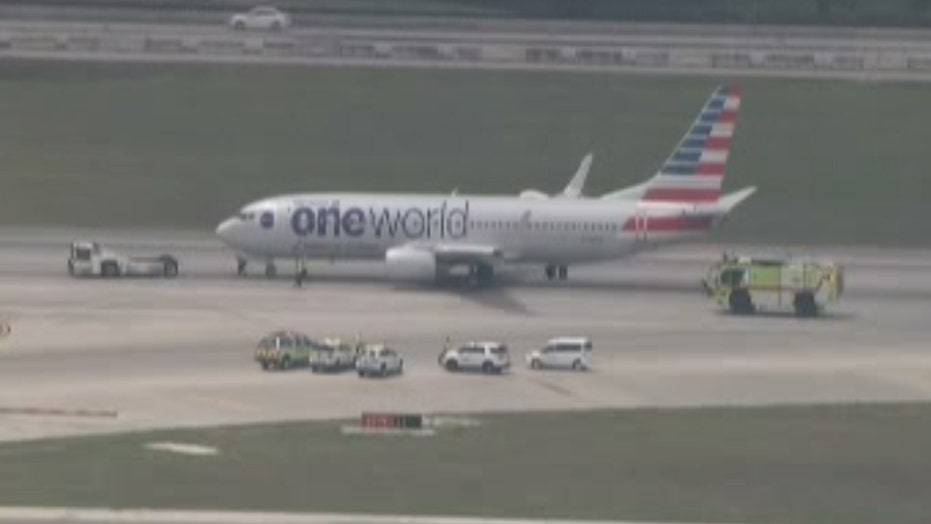 American Airlines confirmed that all passengers and crew members are safe after an aircraft blew a tire upon landing at Miami International Airport on Tuesday.

The flight, which originated in Kingston, Jamaica, was forced to make an emergency landing upon arriving in Miami “because of damage to a tire,” American Airlines confirmed.

AIRPORT GROPING VICTIM RESCUED BY CO-WORKER: 'I DON'T KNOW WHAT I WOULD'VE DONE'

The tire later blew out upon landing on Runway 9, WSVN reported.

“American Airlines flight 2370 from Kingston, Jamaica, to Miami, Florida, made an emergency landing upon arrival because of damage to a tire,” the airline confirmed in a statement shared with Fox News.

“Our pilots landed the Boeing 737-800 aircraft safely, and it was towed to the gate.  The 172 passengers and six crew members onboard are all okay and deplaned normally.”