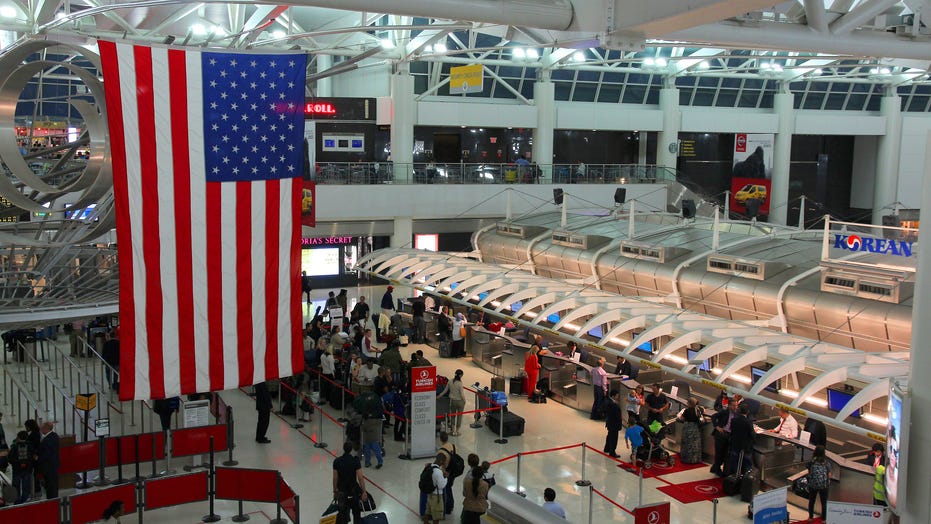 Workers protesting for higher wages were reportedly arrested during a “planned act of civil disobedience” at Kennedy International Airport in New York.

Footage from the scene shows officers restraining demonstrators and leading them away. The group had gathered on an airport roadway for departures, and were met by Port Authority police.

Before making their way to the roadway, the protesters staged a “die-in” in Terminal 8, ABC 7 reports. The demonstration was part of a larger movement of American Airlines food service and catering employees demanding higher wages and benefits.

"We are talking to the passengers," one worker told ABC 7. "We need the passengers that American Airlines makes billions of dollars off of to understand our fight. They are in this with us."

The demonstrations occurred on what is normally one of the busiest travel days of the year, ahead of Thanksgiving.

Footage of the arrests was uploaded to Twitter with the caption “In a planned act of civil disobedience, the NYPD has arrested dozens of @unitehere workers at JFK who are demanding fair wages and benefits from @AmericanAir and its contractors.”

In a statement obtained by ABC 7, a spokesperson for American said: “We are confident that, with the ongoing assistance of federal mediators, the catering companies and Unite Here will negotiate new nationwide agreements that increase pay and benefits. We understand that new labor contracts between Unite Here and LSG Sky Chefs and Gate Gourmet will result in increased costs for their many airline customers, including American. We are not in a position to control the outcome of their negotiations or dictate what wages or benefits are agreed upon between the catering companies and their employees.”

Fox News has reached out to the Port Authority of New York and New Jersey for comment.