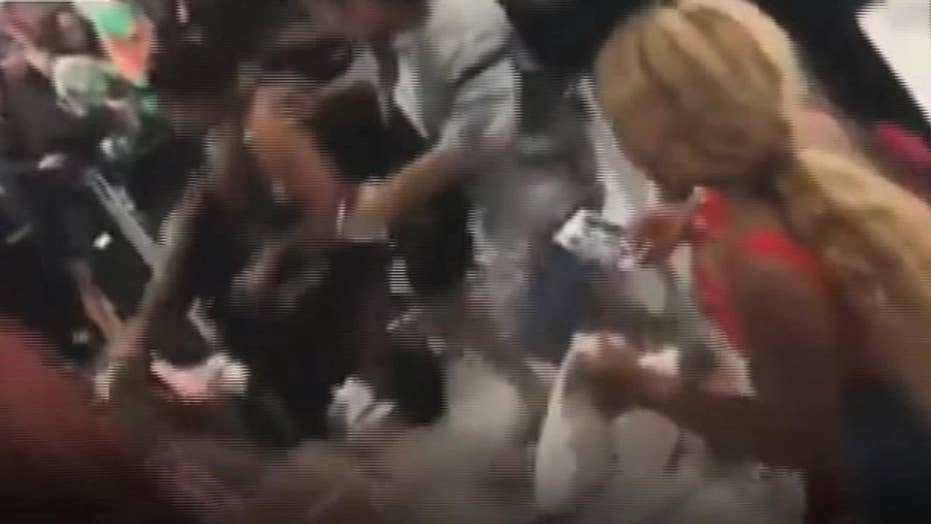 Paul Smith, a passenger at the airport, told WSVN that tensions escalated quickly.

“All of a sudden, one particular flight got canceled, and a mob ensued up here at the front counter, in front of everyone else who had been waiting in line,” he said.

“At that point, the ticket agents couldn’t handle what was going on, so they called in for the police,” added another passenger.

Jose L. Rodriguez captured footage of the incident for Twitter, saying some of the passengers were upset because they were bound for a graduation ceremony, which they would miss due to the canceled flight.

A representative for the Broward County Sheriff’s Office confirmed to WPEC-TV that at least three people had been arrested, and one other person detained.

According to reports, the cancellations came amid ongoing contract negotiations between the airline and its pilots association.

Spirit Airlines has since responded to these claims as well as the airport incident. In doing so, they placed blame on the pilots, as they believe the Air Line Pilots Association (ALPA) is engaging in an “unlawful slowdown” of Spirit's services by refusing to work as part of their negotiation tactics.

“We are shocked and saddened to see the videos of what took place at Ft. Lauderdale-Hollywood International Airport this evening,” Spirit wrote in a statement obtained by International Business Times. “This is a result of unlawful labor activity by some Spirit pilots designed to disrupt Spirit operations for our customers, by canceling multiple flights across our network.”

UNITED AIRLINES FLIES WOMAN TO CALIFORNIA RATHER THAN PARIS

The low-cost carrier went on to confirm that, earlier on Monday, they had filed a lawsuit against ALPA to prevent further "unlawful job action."

ALPA, however, told CBS that Spirit pilots aren't engaged in any job action with Spirit, and that the airline's operations "have experienced significant problems over the past several days."