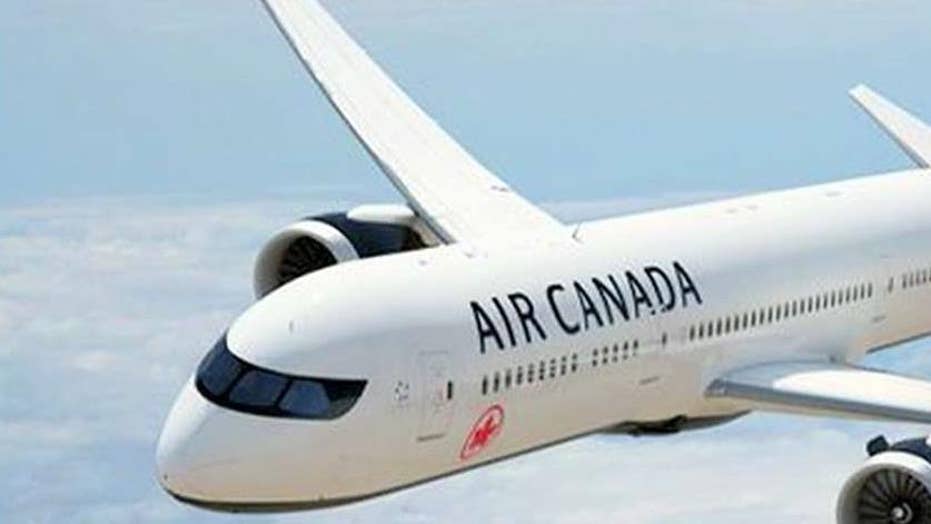 Woman wakes up locked in on Air Canada plane

A woman woke up on a plane locked in after falling asleep on a flight. Air Canada has confirmed the woman's story.

A woman who recently flew Air Canada claims she was forced to find her own way off the plane after waking up from her flight to a dark, empty aircraft.

Tiffani Adams said she was a passenger aboard a flight from Quebec to Toronto Pearson International Airport on June 9 when she fell asleep during the ride.

In a Facebook post shared by a friend, Adams said she was sitting in a row by herself when she fell asleep during the 90-minute flight. She said she woke up in total darkness "around midnight (few hours after flight landed) freezing cold still strapped in my seat."

When she tried to contact a friend, her phone died. She tried to charge it, but there was no power on the plane. Adams said she found a flashlight in the cockpit and tried signaling out the plane's windows to grab someone's attention.

With the help of the light, she said she was able to unlock a door, but couldn't exit because there was a 40- to 50-foot space between her and the ground. Adams said that she spotted a luggage cart driving near her, as she is "literally dangling" her legs out of the plane.

"He is in shock asking how the heck they left me on the plane..I’m wondering the same," Adams stated. The employee had a ladder dock, and she said she "jumped to safety."

She said at that point, "the Air Canada cars pull up, drive me up to Pearson where I’m met by another Air Canada rep asking if I’m OK and would I like a limo and hotel." She said all she wanted to do was go home, as she had to work a few hours from then.

Air Canada called Adams after the incident several times, she said, asking her to relay the series of events that led to her being stranded alone on a powerless plane. She claimed the company said they were investigating, "[because] they have checks in place that should prevent people from being locked on the aircraft at night."

A spokesperson for Air Canada confirmed to Fox News on Sunday they remain in contact "with the customer," but are still investigating what allegedly happened.