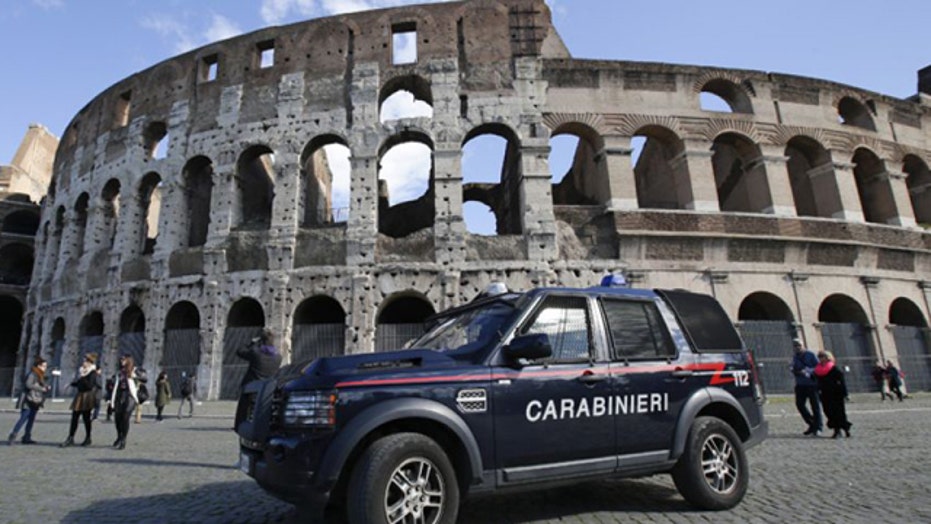 Unless you're a real gladiator, scaling Rome’s historic Colosseum is a bad idea.

Two tourists from Brazil suffered serious injuries after attempting to scale one of the entry gates to the famed ampitheatre on Sunday night. After falling nearly 14 feet, one of the tourists was left with full body bruises while the less fortunate stuntman was left with a fractured pelvis, according to The Local.

Soon after the fall, friends of the tourists called an ambulance to the scene. Police reportedly arrived at the scene around 3 a.m. and both men were taken to the hospital. The tourist with a fractured pelvis could be in the hospital for several weeks and the other has already been released but both will face trespassing charges and could face jail time.

This isn't the first time foreigners have tried to scale one of Rome's most famous sites. In August, two Germans scaled the 147 foot monument, and posted a video of their stunt online.

Others try to leave their mark in a more literal way. On Monday, Colosseum staff found the word "morte" (Italian for death) painted in black on a column near the entrance. The graffiti has since been covered while preservationists asses the damage.

Italian judges have become stricter with passing down fines to foreign trespassers and others who vandalize historic sites.

In September, a 40-year-old Austrian woman carved the letters “M.D.S” into a pillar of the Colosseum before she was caught by the staff. She was charged with aggravated damage of a building of historic and artistic interest.

In 2014, a Canadian teen stole a brick from the Colosseum. The 15-year-old girl reportedly took the artifact as a souvenir during a class field trip and hid it in her backpack. Witnesses reported the girl to the police, who confiscated the brick.