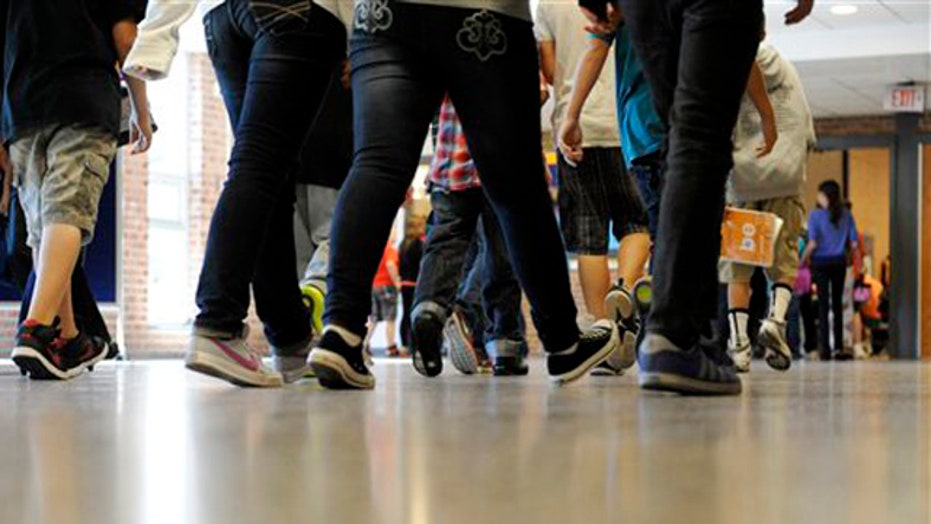 TRACY BYRNES: I think the only thing jobless benefits stimulate is apathy because it's much easier to stay home and collect a check than take a job at McDonalds. People forget minimum wage is not forever. Your goal is to grow and to make more money. But we're so lazy these days. Let's take 99 weeks of a freebee. You're borrowing from Peter to pay Paul. I mean look, we saw it with the Hostesses Union guys. They said, we'd rather collect unemployment than take concessions. We've become a really pathetic society.

WAYNE ROGERS: I've got a better idea. Why don't we have everybody stand on the corner with a bag of cash and just hand it out. It's idiotic and it's just stupid. By the way, Nancy Pelosi says that the "economists tell us." Have you ever known an economist that knew anything? An economist is a guy who drives a car by looking in the rear view mirror. They don't know anything. Secondly, she's more interested in, quote unquote, saving the economy than she is doing something correct. By the way, I saw this on another network-and forgive me-but they were talking about unemployment and they were saying that this idea on unemployment insurance and stretching it out by 99 weeks where they would start a guy in the Midwest, primarily in manufacturing, they would train him if he wasn't skilled-so that tells you everything about these federal training programs.

CHRISTIAN DORSEY: It's really not that controversial if you take someone who's not drawing an income and you give them an income that they have to spend because they don't have anything else-then that's going to help the economy and that's going to support jobs. But let's make this conversation real. The only reason we're having this conversation is because we still have unemployment at 7.7 percent. We still have every other unemployed worker being out of work on average for 40 weeks. We still have more than three unemployed workers for every job opening. This would not be a conversation if we were swimming in jobs. We are having this conversation because the economy is still depressed.

JONATHAN HOENIG: You might want to rename the Economic Policy Institute to the B.S. Policy Institute. Listen, if every dollar spent on unemployment benefits comes back as $1.90, than let's forget about the sock market, let's forget about investing in anything, and let's just put all of our money in unemployment benefits. It rests on a complete fallacy of economics-that consumption equals wealth creation. And you know what? It's the same line that Pelosi and you (Christian) are giving that was used to sell Cash for Clunkers that was going to stimulate car sales and the homebuyer tax credit that was going to stimulate housing. These are all examples of the government redistribution that ends in wealth destruction.

JOHN LAYFIELD: I think Mark Zandi is in the administrations pocket-I think that's the wrong guy to quote. But Christian, I agree with you, this is good stimulus but this is not how you do stimulus. When you only give $300 a week to people who have a family and a house to support-they have to spend all that money. And I disagree that Americans are apathetic or they are lazy. I think they want jobs and most Americans do. You can always find the person that says, I don't want a job I just want to collect unemployment. But you can't say that about all Americans. What this government fears most is that 3.3 million people are going to slip into poverty if they don't get these unemployment benefits. What these people need is jobs-that's a real stimulus. To argue that this is a stimulus measure-I completely disagree.

JONATHAN HOENIG: Well, there is no relationship between test scores and the amount of time in the classroom. Not in math, science, or any other subject. In fact, US students already spend more time in the classroom than kids in China, Finland, Korea, and Japan. Longer school days only help one constituency-that's the teachers unions. If you really wanted to help the kids, you privatize the education system. Before the late 1880s, most of the schools in this country were actually home schooled and private. That would give more choice, better outcome, and lower cost for all.

JOHN LAYFIELD: I think Jonathan is right here. But I don't agree about the privatization of all schools. I think 20 years ago we had one of the best education systems in the world and we still have some great teachers and we still have some great schools. The problem is, as a system we are failing and we are falling down behind other countries. If you look at the OACD index we are falling back every single year. It's not the amount of time that kids are in school-it's what they are getting while they are there. We don't have the ability to merit base teachers and students.

CHRISTIAN DORSEY: This is the right move because there is lots of foundation money and there are also other forms of assistance that are making this possible. But let's keep in mind why they are trying to do this. States budgets are squeezed. They are cutting out art and physical education. Teachers are spending so much time teaching to standardize test-that they don't have dynamic curricula anymore. And we also know that during the summer or winter breaks when kids are out of school there are extended losses of learning that put them further behind which makes the rest of school time less productive. This is a good idea. It's going to be hard to implement-but it's a good idea designed to meet some real challenges.

TRACY BYRNES: This is bananas on so many levels. This is so crazy. First of all, kids are little-let's not forget this. They're not robots. They need breaks for a reason. They can't focus this long. They can't be in a full work day at five years old. Second of all, get rid of tenure and get merit pay in the system before you talk about keeping those teachers in the classroom. I am so fortunate. My kids have fantastic teachers. There are so many rotten teachers out there though that is bringing this whole system down. You don't want these kids in classrooms any longer than they should be with the teachers that don't want to be there.

WAYNE ROGERS: Well never have I ever seen a statistic that says the length of time that you're in is equated with how bright you are or how well you're going to do. If you're going to do something, than you ought to separate people by merit. If this guy can learn in half an hour what this guy over here takes three hours to lean-put him in a special place. That's what you do. My daughter is a teacher of the Beverly Hills school system in California. She teaches special kids. She can tell you all about this.

WAYNE ROGERS: Well, you know, when you add this up I know it doesn't sound like much when you say 41.5 and 38.5; but when you add that up at the end of the year that's almost a month. That means you're getting less. The other bad part about it is that the government is in competition sometimes for the same workers you are. And it comes back to that thing we were talking about in the first segment where if you're competing with the government-the government is going to win because they don't require much and they pay just as much. Or in some cases more.

JONATHAN HOENIG: Well government employees on average make more, get more generous benefits, and according to this data-they actually work less than comparable employees in the private sector. The answer isn't to get them to work more-it's to have less government employees. Government is this nation's largest employer. That's pathetic. And they're involved in science, engineering, economics, and technology-all these areas in witch government actually have no legitimate function. Let's put government on a diet.

CHRISTIAN DORSEY: The competition that Wayne talked about with government and the private sector doesn't take in account that there are a lot of jobs in government that don't exist in the private sector for whom you don't want people necessarily working maximum hours. I'm talking about our police, firefighter, and emergency personnel. Those are not factored in the equation and those are not jobs where you simply want to see people working more at the expense of the vital public services that they provide. So a real analysis would take that into account. Which this study, unfortunately, didn't do. So it paints a very scued picture of the disparity and hours between government workers in the private sector.

TRACY BYRNES: I just feel it goes also to how they can game the system and the inefficacies of the government that they don't notice that the people are leaving earlier or taking longer lunch breaks or whatever they're doing. A private sector would be all over that.

JOHN LAYFIELD: Look, nobody here is vilifying government workers or union employees. We've got to be careful to make that decision right there. The problem is, you have union heads and politicians who promised them thing that they can't deliver-those guys should be vilified.

TRACY BYRNES: There are new renewable fuel requirements coming in 2013. Cost going up for the companies-and they're not going to pay it. They're going to pass it on to you. Gas prices are going up.

JOHN LAYFIELD: Netflix buying Disney content outbidding other paid TV rivals is a complete game changer. They have a huge subscription model. This is a pretty good company that isn't dead yet.

WAYNE ROGERS: Well, if you want to take a high-tech risk-and this is risky-look at AKAM. They were up about three or four points just last week.

JONATHAN HOENIG: Bankers and banks have gotten the tar kicked out of them. And one distressed one I'm looking at is SMFG. It's a Japanese bank. A lot of Japanese stocks are actually benefiting for the weakening of the Yen. I own it.