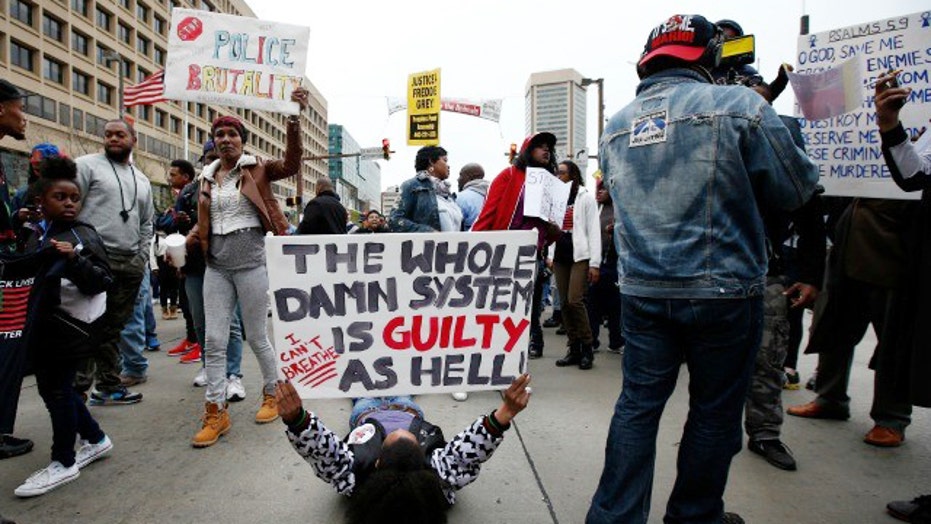 When neighborhoods struggle to come back after tragedy

How can communities recover?

This is a rush transcript from "Your World," May 4, 2015. This copy may not be in its final form and may be updated.

NEIL CAVUTO, HOST: We still don't know what is ahead for those six officers in the Freddie Gray case. Here's what happened, though, to South Los Angeles when officers of the Rodney King attack were found not guilty. That was 23 years ago, 23 years, a quarter-of-a-century.

And yet Los Angeles realtor Dani Babb says the area still has a long way to go.

And it all traces back to that. Explain, Dani.

DANI BABB, FOUNDER, THE BABB GROUP: It does.

So, just last week, for example, Neil, the pro-development -- I'm sorry -- anti-development groups lost a battle, a five-year battle, to be able to rebuild a corner in what's now known as South Los Angeles. So we're talking about areas that were economically depressed going into riots and coming out really lost their infrastructure and the appeal of new people to come in and take over those particular properties.

CAVUTO: And no one was brave enough to set up shop there, set up a business or businesses that were either torched or destroyed in the riots after the Rodney King decision. And they never came back. What happened?

BABB: Well, some did, but it was almost entirely -- and I'm talking over 95 percent -- nonprofit, church groups and government organizations. Almost no private money came into the area.

And part of the reason for that is concern over long-term viability for infrastructure and to be rebuilt. And if you don't have that, you can have all of the jobs in the local neighborhood that you want, but if people won't live there, then prices won't stabilize.

And one interesting that did happen is, the Hispanic population actually moved in, and they pooled their money together and they started buying the homes, instead of renting. And that provided a little bit of a shelf for prices to stop falling over the long term.

CAVUTO: I heard one business owner put it, not meaning to play on these words, but saying, once burned, twice shy. Businesses, individuals avoid a region, for fear that it's marred, that its reputation is marred as well.

CAVUTO: And it's just not worth it when, in that greater Los Angeles area, there are other places you can go.

BABB: Yes. So you can move one zip code over to the east and the property values are almost -- almost 100 percent higher.

And what is interesting about those statistics is, if you look at the difference in demographic, they're actually very similar. The job -- the job prospects are very similar, and really the difference is lack of infrastructure, lack of building, and lack of rebuilding after the riots.

And these are areas that were severely economically depressed prior to, and just really did not boom. For example, Koreatown didn't start to see regrowth until about 2009, just six years ago.

And we need to be able to create an environment where private money will come back in to help rebuild infrastructure.

BABB: The areas of Baltimore that were hit he hardest by the riots are actually some of the most poverty-stricken areas in the country...

CAVUTO: All right. And this isn't going to help things.