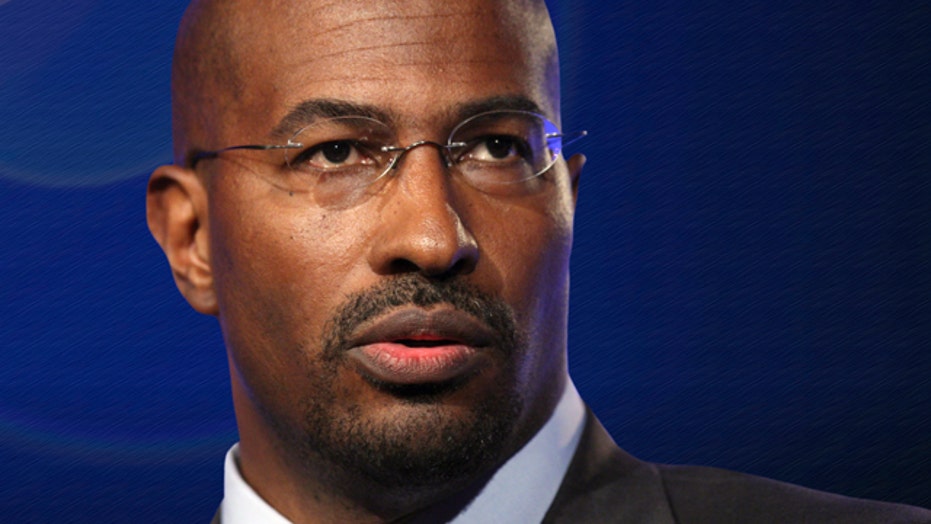 Has the left been silent for four years?

Former green jobs czar believes time is over for silence

This is a rush transcript from "Hannity," December 7, 2012. This copy may not be in its final form and may be updated.

SEAN HANNITY, HOST: So you remember Van Jones. Well, President Obama's former green jobs "czar" is in the headlines again for a controversial speech that he gave in Berkeley on Wednesday night. Now, he told the crowd that he's happy that the president won a second term but is, quote, "overjoyed that the backlashers lost," saying, "We just won a tremendous victory because we didn't bow down, buckle down and hand the country over to the worst people ever born." And then he compared Republicans to people who stand on a beach during a tsunami watching other people drown.

VAN JONES, FORMER OBAMA ADMIN. OFFICIAL: Who stand back and say no, no, don't throw a rope. In fact, when he throws a rope, cut the rope. Let the bodies pile up on the beach. Let the pain accumulate. Because our view is this -- if enough dead bodies pile up on this beach, they're going to fire the lifeguard and we can get the lifeguard's job. That was the strategy of the president's opponents from the very first day.

All right. You know, something Penny, there's usually a period of governance after an election, not with your crowd, but since then you go after Susan Rice, you're racist, you hate women, and of course, the class warfare card, the president is out on the campaign trail as he now tries to push the country over the "fiscal cliff." And then it's now Republicans are evil, evil, evil, evil, evil, evil, and people like you, I don't hear you speaking out saying the president, knock it off. This is not good for the country. You're dividing the country. Where are your voices? Where is your pal Ed Rendell?

LEE: -- out there from the White House. No. I see the president actually trying to reach across the aisle and trying to get a deal done.

HANNITY: The president's campaign said, the Republicans had a war on women. Joe Biden said, they're going to put you all back in chains, we've had the race card, the war on women card, the class warfare cards.

LEE: You can take a lot of quotes and Mitt Romney stood up there and said corporations are people. He doesn't really care about the very poor. Only 47 percent of America is going to disavow him because --

HANNITY: This will not stop with you guys. You guys won the presidency, Congress won --

HANNITY: No, not both sides. Give me an example where they played the race card this year, give me one example.

LEE: There's been many times.

LEE: When both sides have engaged in the type --

HANNITY: On both sides. Name one.

LEE: I didn't call it racist.

HANNITY: Give me an example of racist.

LEE: I did not call it racist.

Give me an example of the race card being played. Give me one example.

LEE: Sean, what I'm saying is that there is speech out there that is being taken out of context and it isn't helpful. But I did not hear the president of the United States calling Republicans evil.

MONICA CROWLEY, FOX NEWS CONTRIBUTOR: OK. Well, remember that the president of the United States who is supposed to represent all of the people once he's elected, referred to his political opponents, I guess that's you and me, the worst people ever born, according to Van Jones, as enemies. A few days before the election he said vote for, quote, "revenge." One of his top White House advisers, Valerie Jarrett, also used the word revenge after the election.

This is the left. This is how they think. Van Jones was quoted as saying -- and this is a self avowed communist, by the way, Sean, talking about overthrowing the free market system in America and more broadly in the West. He said, and I quote. "We're going to change the whole system. We need a new system." What do you think he means by that?

HANNITY: Let me show another cut from the same speech where he refers to conservatives and Republicans as treasonous. Watch this.

HANNITY: Treacherous, treasonous, let the bodies pile up on the beach. All lies, but this propaganda of the left continues. Why?

Look. This is how the left thinks. This is how they behave. Sometimes they dress it up more than other times like Van Jones, but the bottom line is that they're interested in the fundamental transformation of the nation. In Van Jones' case, that means characterizing the left, I mean, characterizing conservatives who happen to believe, by the way, Sean, in fiscal responsibility, the constitution, individual freedom, economic freedom. I can see why guys like Van Jones and the president think those are radical ideas, but this is who they are.

HANNITY: You know, Penny, we're not going to save the country, we're not going to balance the budget until your side cuts it out, and if people like you, I think you're a reasonable person, but you feel a compulsion to come on this program and defend this. Treasonous, treacherous, let the bodies pile up on the beach.

HANNITY: I don't hear you saying it's wrong.

LEE: I applaud his passion and his life's work he's done for --

HANNITY: You applaud his passion calling me treasonous and --

LEE: -- equality and social justice. I applaud that. Does he use all the words I would use? No.

LEE: But he has fought tirelessly for equality.

HANNITY: That is a weak way of dodging responsibility. And the country is never going to get out of this battle until people like you start speaking up. But we've got to go. Thank you.