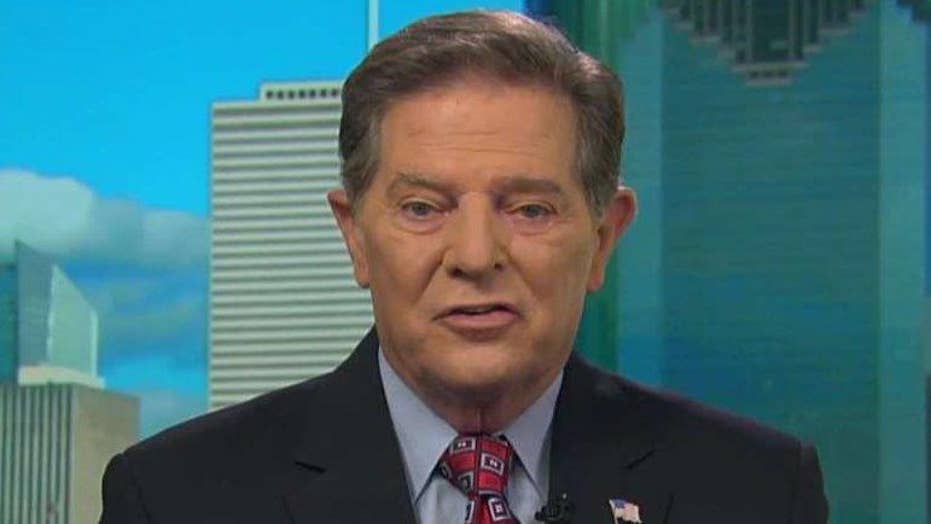 This is a rush transcript from "Your World," June 16, 2017. This copy may not be in its final form and may be updated.

Smart move or too overreaction?

Good to have you here, sir.

Do you think that he's right to be concerned right now, given all that has happened? Or do you just keep moving on, business as usual?

TOM DELAY, R-FORMER HOUSE MAJORITY LEADER: No, you don't move on business as usual, because nothing has changed.

What has been happening as this hate-mongering and the politics of personal destruction that is going on, the Democrats' whole political strategy is called resistance. That, in itself, defines for you where they're taking all this.

And all the attacks that are coming against Trump, against conservatives are coming as a political strategy. And it's turned into action, the kids tearing down the buildings and hurting people in Berkeley and on other campuses around, the Black Lives Matter.

All of these kinds of things are building up an energy that we have to be concerned with. I don't know that I would have canceled my town hall meeting, but I certainly would have had security there.

REGAN: Well, and forgive me for the way I phrased that, because I agree with you. It's not business as usual in any way, shape or form.

However, as you saw, the baseball game went on. And I think there's a sense that you need to keep moving ahead.

DELAY: Well, I wrote a book on that. It came out in January called "Revival, Revolution, Rebirth."

And it talks about how we as a nation have kicked God out of -- off the throne and put man on it. And that has implications that stretches throughout our society.

The whole philosophy of Jesus Christ and God is love thy neighbor. That's the number one commandment, is to love thy neighbor. And we have turned love into hate and politics into hate. And that hate cannot be turned down, unless we -- we look at ourselves and see what is happening.

The baseball game was great. I really liked to see what it was, what went on there. But people have to think about what they're doing. I mean, the Democrats, for instance, are putting millions of dollars in organizations to do nothing but destroy people and their family.

Media Matters is one of them. Another group called CREW. They're spending money on organizations, and their whole focus is to destroy people.

DELAY: I know I went through 18 years of that with political attacks and ethics charges and racketeering.

REGAN: And you wonder why nobody wants to run for office these days.

REGAN: You're certainly subjecting yourself to quite a bit.

But it seems as though we have reached what I would say is a tipping point. I mean, I don't know how it can get much worse. And, you know, you get crazy people out there that will do crazy things.

But are they being inspired by basically this, what we're seeing from many on the left? You think about Kathy Griffin, right, and what she did. Or you think about Julius Caesar being played out in the park, and someone depicted, an actor, as Donald Trump being murdered.

What -- how much does that contribute, in your view, to some people who may be already on the edge?

DELAY: These are not people on the edge. I doubt that the -- what's his name, I forget his name now, that shot up the baseball practice, is crazy.

DELAY: No. He's a mad, angry political operative that is part of this whole notion.

It's -- it's -- it's part of a world view. These -- these -- these people-- those people that tore down Berkeley, they're not crazy. They're mad. They hate people. In order to get their way, they will go into the street.

REGAN: No, I know, but there's a difference of being mad and then taking a gun and firing at people right? I mean, something is really happening, and it's not good.

Anyway, Representative, it's good to have you here, Tom DeLay, everyone.

Thank you very much.

DELAY: Thank you, Trish. Thank you.