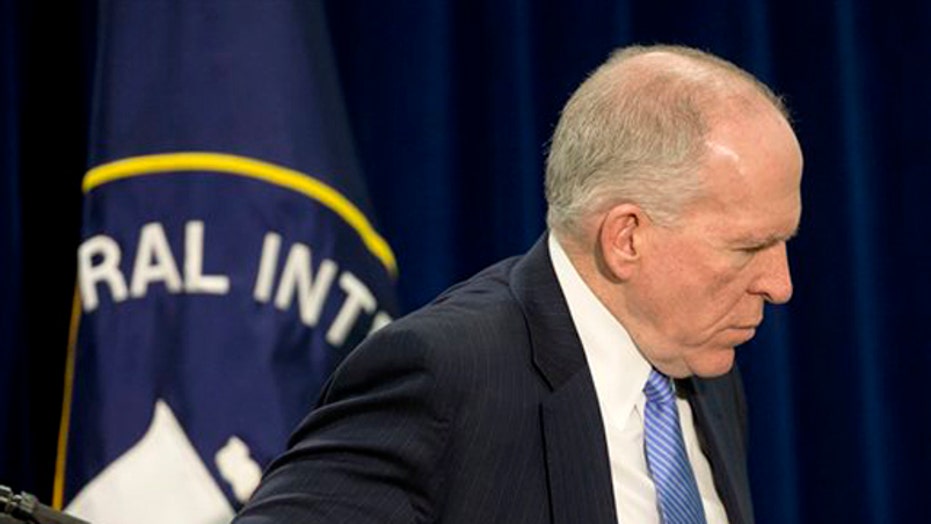 The war on terror: At what cost?

JONATHAN HOENIG: Eric, this report disgusts me. There's nothing wrong with torture; it's just an extension of the use of physical force. Whether or not to use it is up to the generals. It's the civilian, the president that sets the policy, sets the values. The values should be protecting Americans, and ending the war, period.

WAYNE ROGERS: It's a moral question: do you talk about it? That's the real question. They're saying, "Was this revealed?" Is that the question, or is it the question of actually using torture? Of course, using torture, per se morally is repugnant. On the other hand, it's everybody's concern that by revealing it you'll get the enemy riled up. That's nuts. War is war. You do whatever you have to do to win.

MICHELLE FIELDS: Well, I question the motivation behind releasing this report. Democrats spent $40 million taxpayer dollars on putting together this report and releasing it at a time we are at war with ISIS. These inflammatory details will motivate and encourage our enemies to come after us. We've already talked about this and discussed this issue and this policy. Why open this chapter again? It seems as if democrats are motivated by politics more than what's best for the American people. If democrats cared so much about the suspected terrorists and their civil liberties and rights, why aren't they upset about the President's drone policy, which is killing innocent people, bystanders and children?

JUAN WILLIAMS: You've got to remember this report is based on CIA documents. In fact, the CIA was trying to prevent the Senate Intelligence Committee from gaining access to their own documents, Eric. But you know, I think you're asking the wrong question. This is a business show, and the reason America is America, the reason everybody wants to do business in this country, the reason our dollar is so valuable, is because of our system of laws. Our laws are predictable and enforced and if we give that up, if we allow people to break the law, if we allow people to somehow think that American values don't matter, and that we will torture and hurt people that's nuts. That hurts America.

MICHELLE FIELDS: If the president is interested in playing Santa Claus, how about this Christmas he thinks about the American people. The people who live here legally, pay taxes, do not cross the border illegally? How about thinking about them and giving them that good economy that he promised? We don't see the economy doing well. We have millions of people that have completely given up looking for a job. We have 7 million people who are stuck in part-time jobs that don't want to be in part-time jobs. Why not think about these people instead of the people who came here and broke the law?

JONATHAN HOENIG: We've done racial division; now it's going to be the religious division. What's frustrating to me is in America religion is a private matter. For any government officials to justify a law based on religious mysticism, frankly puts them on the same philosophical plain as the mullahs of Iran.

JUAN WILLIAMS: I am just amazed. For the longest time the conservatives said, "He's not even a Christian." Remember that? I go to Jonathan and Wayne for stock tips. I don't see why I have to stop with the President. I'll go straight to the Pope. "Hey, Mr. Pope what do you think about immigrants?" Guess what he would say. "Yes." We should embrace the immigrant community; we should love our brothers and welcome strangers.

WAYNE ROGERS: I have no idea what one has to do with the other. Why would I invoke Christmas when talking about immigration? And the same time you're slapping the face of all of those people who came in legally, who went through the process to do all this to say, "I'm just going to open up the gates and let everybody in because it's a feel-good season." It's crazy.

WAYNE ROGERS: Whether somebody takes a Hollywood movie seriously, they got to be a moron. To the extent that we're all being hacked -- by the way, this extends to the federal government, which really frightens me. They're going to discover everything about you and publish it, and do all kinds of things. We're all at big risk constantly from this kind of stuff.

JONATHAN HOENIG: It's stolen property. I usually don't have a lot of sympathy for Hollywood elite, but this is terrible for them. This is their private property. Intellectual property is private property. It's been stolen, just as if these hackers went into Sony's lot and walked out with all the servers. The only response to this type of thievery is force. Whether it be criminal force, military force. This cannot be permitted. It's thievery, plain and simple.

MICHELLE FIELDS: I think this is really concerning, because this is not just information like emails or photos. This is health information. Some of the information that came out is the types of health problems employees have; the health problems of their children. It's not uncommon for people in human resources to exchange information in terms of claims to health insurance companies. Now all that stuff is on the internet. If it can certainly happen to people at Sony it can certainly happen to people at any company.

JUAN WILLIAMS: You know, I don't get it either, except this is the way it works now. I think especially among the liberal elites. They think, "[Al Sharpton's] their point man on all race relations." President Obama has blessed him; given him that title because he so hates Jesse Jackson. I think it's just ridiculous. It shows you how corrupt the system is. While you guys are all on the high and mighty stage about outrage over emails, I'm going to take the low road this morning and let me just say her comments about a Harvard-educated law professor, president of the United States, as only liking low-brow Kevin Hart movies, now that's outrageous. That's insane. Talk about racial stereotyping.