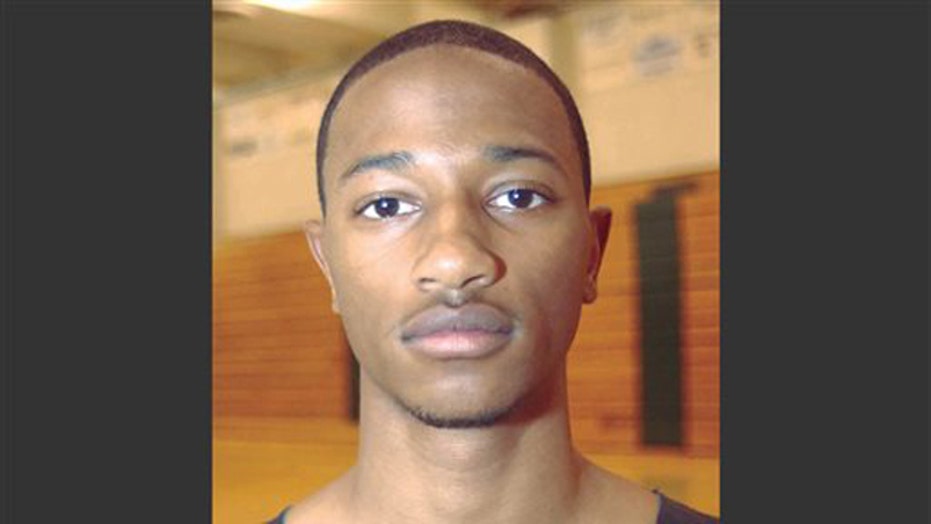 Why wasn't ISIS sympathizer behind bars?

Gerri Willis: We're not paying enough attention. You know what the real problem is? The government isn't good at technology. Did you notice how long it took us to get health care.Gov up? The nuclear arsenal is managed by floppy disks. We're not good at it.

Ben Stein: I think Gerri nailed it. It's hard to think, aside from the front line soldiers, FBI and CIA men and women, what we are good at in the government is long on dimes. When we felt we had a government that's tipped off. I know from a conversation I had with Richard Helms, former head of the CIA long, long ago, that the CIA and the days of telephone calls, before there was Internet, was able to pick up certain phrases even in Russian, which gave them warnings about things to come. Surely that is not beyond the reach now. If the NSA can't do it, contract it to Apple or IBM.

Charlies Gasparino: I'll kind of defend the FBI and NSA by saying it's a needle in the hay stack. This stuff is all over the Internet, there's about one million of these guys they have to sift through. We don't hear of all the attacks that they thwart. They actually do a decent job. We hear about the ones they don't. By the way, the ones they don't turn out to be deadly. We know that. That's the burden they have. My problem with law enforcement, the men and women are the front lines are pretty good. They catch a lot of the guys. We should point out the FBI did inform the garland police department this guy was a menace and probably going to do something at this, whatever -- with all the artists. We should point out they also have ridiculous priorities. They spend millions upon millions of dollars on insider trading and other ridiculous financial crimes. It has nothing to do with the financial crisis. It could have been diverted money to terrorism.

Scott Martin: I get the point about privacy and freedom of expression, but in so many of these cases, these guys or gals hide in the weeds and then they have this blowup or outburst on twitter, Facebook, YouTube. We don't do anything about it. The point is bad that the government is bad at technology. I agree. The track record speaks for itself. But the companies that provide the platforms have a responsibility to help the government. Work with the government to keep these terrorists, these organizations down and off social media. They aren't doing a good job of working together.

Julie Roginsky: As a citizen, I say, hey, I love ISIS. Isis is the best thing I've seen in my life. I should be able to say it. It's my right to free speech. What Pamela Geller stands for is repulsive. She has to right to say it. I think saying -- let me finish. I think there is no right to is to say, I love ISIS so much that tomorrow, I'm going to go to Charles Payne's house and kill him. That's the line. Wasn't doing anything more than parenting her son which is great.

Situation in Baltimore Sparking Debate over Dependence on Government

Ben Stein: Well, I wouldn't say it's not necessarily the problem, but it's definitely not the solution. I have a very good idea for federal government money to be spent in Baltimore. Investigate whether Marilyn Mosby violated the civil rights of the six officers by rushing the indictments. Especially about murder when there was no evidence of murder, and whether or not the man they arrested had a switchblade knife. There's no question that government jobs don't have a clear effect on ridding a city or neighborhood of crime.

Scott Martin: It's been really a slippery slope. I feel as deflated as the New England's patriots saying this, but it's going to get worse. We've had Democratic mayors here for some time, and they've worked to play nice with the unions, very nice with the pensions and have risen taxes and driven out business. When you have this assistance, when you have this government involvement, you're limiting upward mobility of the private sector. You start seeing the money in the brains drive away. It continues to feed the fire. That's going on in Chicago, Baltimore. It happened in Detroit. It's going to happen to other cities.

Charlie Gasparino: I would say this. Be more specific here. Government is not the problem, liberalism is the problem. People like Julie own Baltimore. The policies have failed. Go down the line. How much money they spend on schools. How much government assistance people receive. Where the private sector is versus the government in Baltimore, a city that has been in trouble for many years. New York city was going that way. Guess who came in and saved us? Rudy Giuliani. A lot of cities fail because of one reason, liberalism.

Julie Roginsky: I love this. I disagree, Charlie, despite the fact that I don't know Baltimore all that well. I think there is a problem with urban cities in general.

Gerri Willis: It doesn't make a difference if you want to get up and out, you have to leave. The communities, there's no fixing them. There's no amount of government money.

Gerri Willis: That's right, my friend. So you have a choice in your life. You can either go to work at a Chrysler dealership or maybe even Starbucks, or you can graduate four years later with $33,000 debt. Which one do you want? Who's doing the better job? Is it the federal government, the DOE or private sector? Why are they doing this? At Chrysler it's because at dealerships they're not getting the people they want to work at those dealerships.

Julie Roginsky: I like it. But I wish more companies were doing it. You can't rely on private industry to do what's best for you. I mean, you have to rely on yourself. And in some ways you have to rely on government to get Pell grants and other ways to afford college otherwise you're not going to go to college and your income over your lifetime is not what it could be.

Ben Stein: I love the idea. I think it's successful companies helping employees in any way they can. But I will tell you this government scholarship thing is a scam of scams. It's going to result in a gigantic bubble. People are getting these gifts and grants and loans in order to buy cars, in order to buy flat-screen TV. This whole thing is a scam. Although of course I applaud education, but government help is a scam.

Scott Martin: By a long shot. A good country mile. And that's obviously due to government involvement. Yes, you know, the private sector could help create some maybe healthy competition. If you're that business, it's kind of a win-win, right? You're getting the dedicated employee that wants to get more education. If you're in college you're giving somebody that's been in the work force and that's great. The USA is standing and global education is sliding precipitously. I think it's a great thing.

Charlie Gasparino: I went to pace university. Went to the University of Missouri for my graduate degree in journalism. And I saved and everything and I did have some government assistance. My only point is this, I can't – I can't believe I cracked up ben this much. Anyway, look at the colleges they're sending them to. They're not exactly sending them to state university of New York.