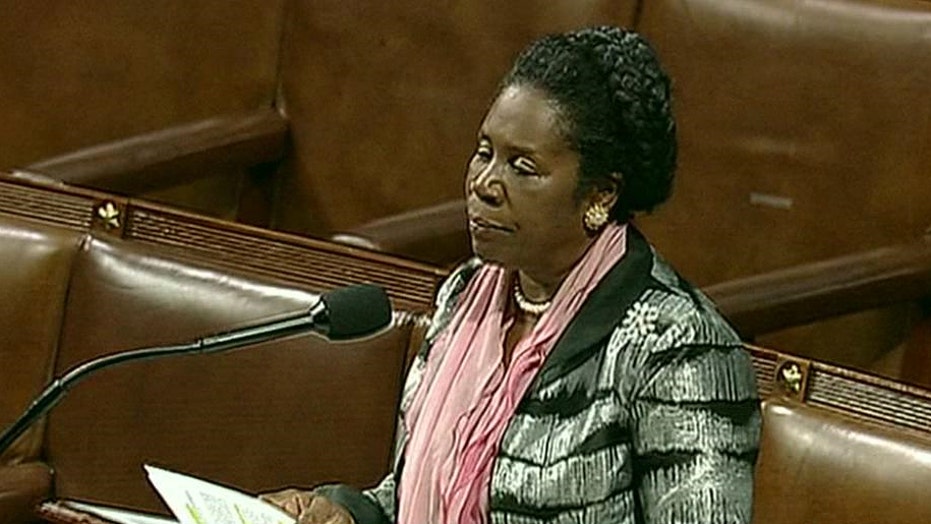 Should health care be a constitutional right?

JONATHAN HOENIG: Unfortunately, Representative Jackson Lee and many Democrats are completely ignorant as to what a right is. A right is a right to action; to pursue your life, liberty, and happiness. It's not a right to a "freebie" or a "goodie", or a good or service from someone else. Just the notion of a "right to health care" means that other people are enslaved to provide you with that health care. The result is the destruction of all rights. And that's why the founders understood rights to be individual rights, again, not the enslavement of society. It's your life, your liberty, and your happiness. That's why health care, education, a haircut, or a free meal is not a right.

TRACY BYRNES: You're going to let a sick baby die because he doesn't have health care? I mean this is inhumane, if you're telling me that people don't deserve some form of health care. I'll be the first person to tell you that Obamacare is a piece of crap, and it's not going to help our health care system--- but to tell me that you're going to allow people in our in our fine countries that our fore founders found, allow these people to just die?

WAYNE ROGERS: I think there's something more fundamental here. Obviously Thomas Jefferson and Madison, and the people who were responsible for the Constitution would roll over in their graves if they heard this. These are people who are talking on the floor of the House of Representatives and the Senate of the United States who have never read the Federalist papers. They have never read the background of the Constitution. They know nothing about the Enlightenment and the philosophy of Adam Smith and the people who founded those things, because all of these people were living under the Divine Right of Kings. They were afraid of a central government that mandated certain things, and called certain things "entitlements" and "rights". We have no entitlements and rights. We have individual liberty; that's what it's all about. Jonathan is absolutely right. If these people could read, which they don't, they would understand that. It's as simple as that.

BENGHAZI HEARINGS BEGIN: TIME TO STOP SENDING MONEY TO COUNTRIES THAT HATE US AND SPEND IT ON BEEFING UP SECURITY AT U.S. EMBASSIES, CONSULATES?

TRACY BYRNES: No-brainer! My goodness, $1.7 billion to Iraq; they couldn't hate us more. Why don't we try to protect our people a little bit? If you've got money to burn and want to send $500 million to the Palestinians, they hate us too. I can think of 50,000 things here in the United States that could use that money.

WAYNE ROGERS: Using money to bribe other nations to do something we want is not a bad idea. In other words, investing money -- if you were going to put a spy system in, this idea of standing on principle to say "we won't recognize this nation because they're hostile to us, that or the other," when in fact if you could spend money, put an embassy in there and get a spy system in there that benefits us. I'm for spending that money if it's going to benefit us. If it's not going to benefit us, don't do it.

JULIE ROGINSKY: I guess we're getting cooperation. You know who would be really bummed about your plan? The Israelis. The only way the Egyptians are cooperating with the Camp David peace accords, because we're funding them or bribing them into sort of good behavior with the border with Israel. They're cooperating with Hamas on these tunnels. So I'm with Wayne. Where we can bribe, for lack of a better word, people to be on our side, I'm all for it.

JONATHAN HOENIG: Our foreign policy, Eric, is not just bad economics, it's suicidal. The role of government is to protect Americans, it's not to promote opportunity or to appease the Muslims. That's exactly what we're doing. Hundreds of millions of dollars to the Muslim Brotherhood? It's like we didn't learn our lessons from Iran in 1979. Why do we even have embassies and consulates in countries that are openly antagonistic towards the West, towards American ideals? You know what we should do for our enemies? Not help them, not try to bribe them. We should bomb them and eliminate them. Then go home.

SENATE PASSES INTERNET SALES TAX BILL; BUT IS TAXING A FAST-GROWING PART OF THE ECONOMY, WHAT OUR ECONOMY NEEDS RIGHT NOW?

JONATHAN HOENIG: It's not only unfair, Eric, but it's destructive to the economy. I mean freedom creates wealth and force, which taxes are, destroys it. This is simply the government taking more of your money. It's more regulatory costs and expenses for retailers. It makes trade harder, it makes trade more expensive. How does that help anyone except the big spending government. We've only had a sales tax in this country basically since 1930. Rather than adding new taxes, why not take them away from the bricks and more tar stores and let the economy thrive and fly.

TRACY BYRNES: I struggle with this one because I do not agree with adding one single additional tax to this economy. But if I'm Barnes & Noble brick and mortar, it kind of annoys me that you can go onto the website and get a break. So where is the equality there? Look, I worry about this, though, because you get the states collecting sales tax from other states, what else are they going to start collecting? You're opening a whole can of worms with this.

WAYNE ROGERS: Why not eliminate the income tax and have a national sales tax? That would be a better idea. So when you're doing -- when you're explaining it, it's much more complicated than that. This has to be a level playing field. You cannot have one tax on one and not tax the other.

JULIE ROGINSKY: Well, small businesses are not on the internet, right? They're small mom and pop stores.

WAYNE ROGERS: GET HEALTHY RETURNS WITH PHARMACEUTICALS AND (PCRX)

JONATHAN HOENIG: INFLATE PROFITS BY BETTING AGAINST INFLATION WITH (TPS)