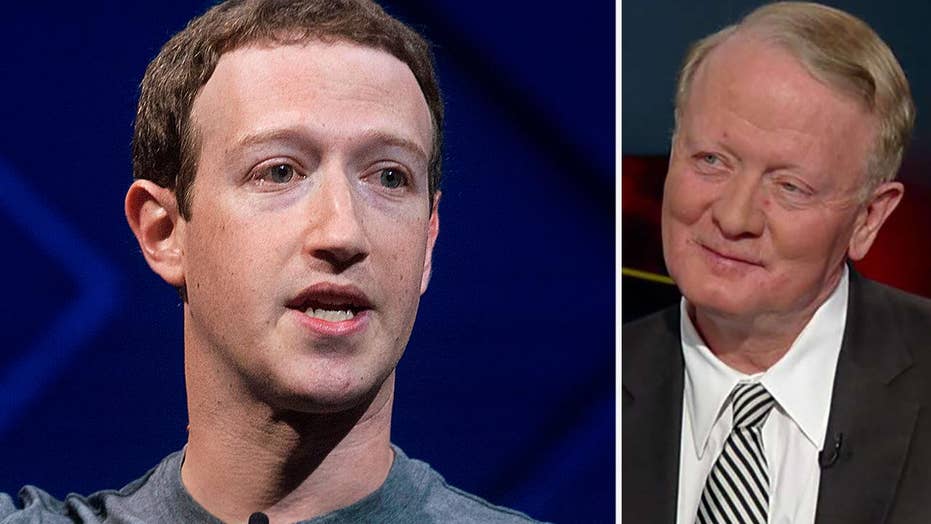 Rep. Lance discusses what he wants to ask Mark Zuckerberg

Facebook CEO to be questioned by Congress; Rep. Leonard Lance of New Jersey discusses what he wants to learn.

This is a rush transcript from "Your World," March 5, 2018. This copy may not be in its final form and may be updated.

NEIL CAVUTO, HOST: One of the folks who will be questioning him is with me right now, Republican congressman from the beautiful New Jersey, and sits on the House Energy and Commerce Committee, Leonard Lance.

CAVUTO: I don't want you to give away your questions. Zuckerberg sits before you, what do you want to know?

LANCE: We want to get to the bottom of this in both the Senate and the House.

And what is Facebook doing to make sure that this does not happen again?

CAVUTO: Now, Zuckerberg, as you know, Congressman, has indicated, I'm open to regulation.

I don't know what he meant by that or how much, but what do you think of that?

LANCE: I think there is a consent agreement already in place with the Federal Trade Commission that was put in place in 2011, Neil.

And the question is whether that was violated. Before we discuss what should happen perhaps in the new context, was that violated, a consent decree already in place?

CAVUTO: You know what's weird, Congressman, is that Republicans and Democrats seem united in their rage here. And maybe that is too strong of a term. But it sounds like he's not going to be getting friendly questioning from anyone.

LANCE: I think that he's going to get very direct questioning from both sides.

I don't think this is a partisan issue. I think there is bipartisan cooperation. The chairman of the House committee and the ranking member requested that Mr. Zuckerberg comes before us, and also bicameral in nature, both the Senate and the House of Representatives.

CAVUTO: Do you have friends, or do you yourself use Facebook? And if so, are you, they more leery of using it?

LANCE: I have always been cautious in the information that I provide on the Internet.

But, of course, millennials, in my opinion, provide a great deal more information than someone who is middle-aged. And so I think that we have to recognize that this may be the wave of the future. And I think this is a caution to the millennial generation.

CAVUTO: He has gone on record saying, we are not having a noticeable drop in users. Didn't quantify that.

But are you surprised if that is the case?

LANCE: No, I think that this type of information is what we are going to be dealing with for the future. But we want to make sure privacy is preserved, not only for the American people...

CAVUTO: But he is saying he is not losing customers, I think, in a special way.

LANCE: He may not be losing customers, but he certainly should abide by any consent agreement with which his company has already signed.

Mark Zuckerberg is the face of Facebook. And that's why we want him to testify on Capitol Hill.

CAVUTO: These trade tariffs, if I could switch gears, Congressman, the president wants to push, he says they never have to come to being, the threat alone will get results from the Chinese.

LANCE: I am by nature a free trade trader. I certainly was listening to your interview with The Wall Street Journal editor, Mr. Henninger.

LANCE: And I think that he made the excellent point that, if we just do this in a bilateral fashion, we have to be concerned with our allies as well. And, really, this is multinational in effect.

CAVUTO: Nancy Pelosi wants to revisit the tax cuts if the Democrats take over your House. What do you think of that?

LANCE: We have bicameralism in this country. And, of course, any such matter would have to go through the Senate as well. And I don't know whether that would require a 60-vote majority to overcome cloture. I would have to examine that.

But, certainly, that's to be considered. And, also, what would the president of the United States do?

CAVUTO: Yes, we don't know. I can't see him signing on to increasing the taxes he cut.

All right, thank you very, very much, Congressman Leonard Lance of New Jersey.

He's on the House Energy and Commerce Committee, the committee, by the way, that will be questioning -- and that will be a pay-per-view event, the way it's going right now -- Mark Zuckerberg of Facebook.