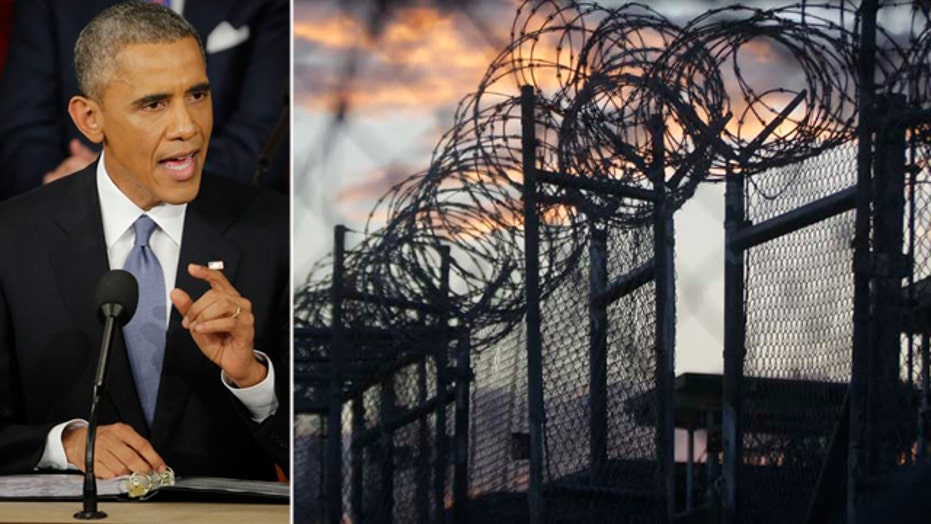 President doubles down on promise to shut down Gitmo

STEVE FORBES: It's not just money; it's also the price that you put on the human lives that the terrorists take. Gitmo isn't like a jail in the United States, it's a prisoner of war camp and the prisoners of war are treated much better than most POWs were in previous wars. Closing Gitmo would be costly, because those terrorists do go back to the battlefield. The idea that you can treat them like domestic prisoners is preposterous; we did not read them Miranda rights to the Nazis on DDAY. This is a war; Gitmo is a POW camp, period.

RICK UNGAR: Money isn't the issue here. I've always had two problems with Gitmo. The first is that it creates more terrorists. The second is that I think it's fundamentally in violation of the way we as Americans treat justice. You have people there who were not taken out of their homes, they were not charged they do not get a trial, and this is my concern.

SABRINA SCHAEFFER: Maybe in the short term, but in the long term it's going to cost us much more in terms of lives and money. These people have to be moved somewhere, that will also cost us. The larger issue is that this president has had his sights on closing Gitmo from the day he entered office and he is determined to have those doors closed by the time he hands over the baton in January of 2017. He is delusional; we are facing very serious Islamist extremists.

RICH KARLGAARD: I am reminded of something Reagan once said about the Cold War and the Soviet Union. When asked about the Cold War he said it's simple, we win they lose. This should be the attitude about terrorism. Obama makes one small point that is probably correct, that Gitmo is a PR disaster. I don't know why you can't disperse these people in federal maximum security prisons.

ELIZABETH MACDONALD: US Director of National Intelligence said 30 percent of the Gitmo detainees have been released back into the terrorism battlefield. By the way, if we put them back in our prisons, they could possibly get lost in our prison structure or radicalize more prisoners to become terrorists. It's cheaper to keep them at Gitmo, it adheres to international law they face speedier trials under military commissions.

MIKE OZANIAN: Obama is the most prolific president when it comes to spending money and now all of a sudden he is concerned about saving money at Gitmo.

RICH KARLGAARD: It's not a middle class plan at all. 70 percent of these accounts are held by people who make less than $150,000 a year.

RICK UNGAR: The GAO report is correct and backed up by a study. 529s work really well. The White House isn't saying do away with them they are saying change the tax free status to tax deferred.

MIKE OZANIAN: What this really is about is the redistribution of wealth. What the President wants to do is punish people who are successful and work hard and put money in these plans to reap the benefits. Of course it tends to be higher earning individuals because they have higher tax rates than lower income people.

JOHN TAMNY: I think all of this misses the point. The very existence of 529 plans speaks to the problem of politically correct politicians subsidizing access to college education. Implicit here is the idea that we want to make college education more affordable, but all these subsidies make it so that colleges don't have to compete on price. I say scrap all of these so that colleges do have to compete on price, that will help the middle class none of this will.

BILL BALDWIN: I say repeal the whole junk pile of subsidies, handouts, tax deductions, tax credits and all of that other stuff on which higher education is growing too fat.

RICK UNGAR: Is this the right time? Prices are so low; people are losing jobs in the oil industry. I don't know if it's the best time.

STEVE FORBES: We do need free markets; this is a form of crony capitalism. It helps certain refineries but hurts the American consumer.

BILL BALDWIN: Oil comes out of a global pool, and by thinking you can help consumers by directing the direction of one drop of oil is like saying we can cure the California drought by making it illegal for moisture evaporating out of California farmlands to fall in Canada.

SABRINA SCHAEFFER: I am in favor of removing any artificial barriers to trade. We need to repeal some of the EPA regulations that are going to make it harder for American companies to compete overseas. In order to have a secure energy system we need to have that strong production, the pipeline and that refinery can get the competition overseas.

STOCKS TO HELP PAY FOR COLLEGE