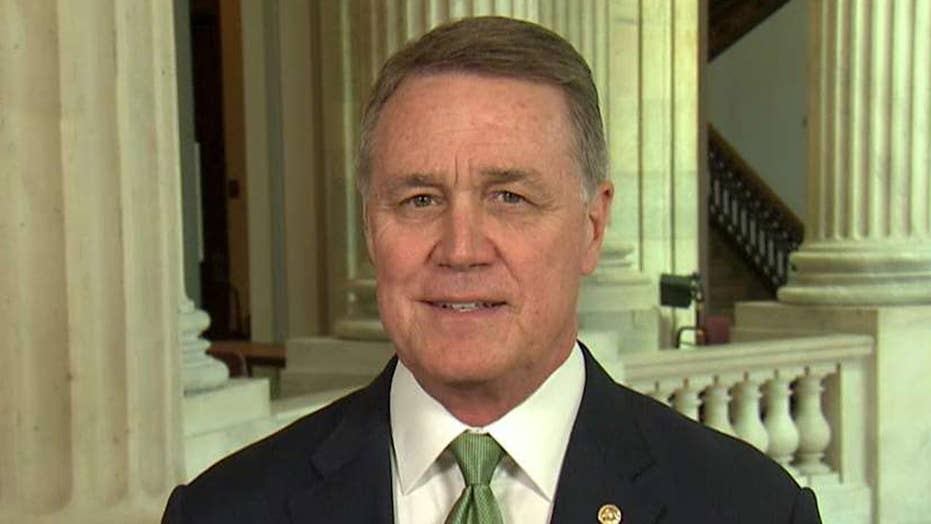 Perdue: Tillerson, McMaster denials are 'good enough for me'

This is a rush transcript from "Your World," May 16, 2017. This copy may not be in its final form and may be updated.

NEIL CAVUTO, HOST, All right, The New York Times first reported this, Israel all but confirming it, that it, Israel, was the source of the secret intelligence that the president leaked to Russian officials.

Now, Israeli Ambassador to the U.S. Ron Dermer responded with this statement: "Israel has full confidence in our intelligence-sharing relationship with the United States and looks forward to deepening that relationship in the years ahead under the president."

To a Republican member of the Senate Armed Services Committee, David Perdue of Georgia.

CAVUTO: It seems like the Israelis, sir, if they indeed are the source of this intelligence shared with the Russians, are claiming no harm, no foul. What do you make of that?

PERDUE: Well, these are great allies. The people of Israel and the people of America have a lot in common ally. And they have been a strong ally through the years, as we have.

Look, the secretary of state, the national security adviser were in the room with the president. They say none of this really happened the way that the press has reported it. That's good enough for me.

And then we have this confirmation today from the Mossad that we're still great partners, no matter what has come out of this.

CAVUTO: A lot of Republicans said, sir, that they don't think that the president's intent was bad or awkward or wrong, but that he has got to show a little bit more discretion. And maybe it owes to the fact that he's not a politician by training, not a diplomat by training.

That helped get him elected, but, as president, he has got to be very, very careful, that loose lips -- you have heard the argument -- sink ships. What do you think?

PERDUE: Well, he's an outsider to this process, as I am, Neil.

But I will tell you, I give him high marks in the first four months in office. This is a guy that is reengaging on the international scene. He's making sure that China and Russia know what American national interests are.

He's met with several international leaders. And I think that's high time that we have been -- that's he's doing that. He's also said job one is getting the economy going. And he's -- as I remember, we did confirm Neil Gorsuch to the Supreme Court. So, a lot has happened in the first four months of this administration.

CAVUTO: But to that point that I mentioned, on these type of matters, just be careful what you share, especially in this case with the Russians? What do you think?

PERDUE: Well, I think this is the biggest job in the history of the world, frankly.

And anybody in that job has to grow into it. Look, we had a false step around the Syrian refugee import -- or the Syria refugee issue. But then right behind that, five days later, we had Neil Gorsuch's nomination.

PERDUE: So, this is a president that has surprised people time and time again, is going to continue to do that.

CAVUTO: Well, something is going on there, though, where this does leak out. Now, a lot of Democrats dismiss the leaker thing. But it's a real problem in this administration.

I don't know how many were in that room at the time with the two top Russian officials. But there couldn't have been that many. So, if you look around and count, someone leaked something, right?

PERDUE: Well, it's an issue.

Look, we take this very seriously in the Senate. We have to treat this classified information very carefully. I know the White House is committed to the same thing. But, again, this is a president that is beginning to reassert the national interests of America.

PERDUE: And I think that you see the global situation requiring that right now.

CAVUTO: All right, thank you very much, sir. I appreciate it.