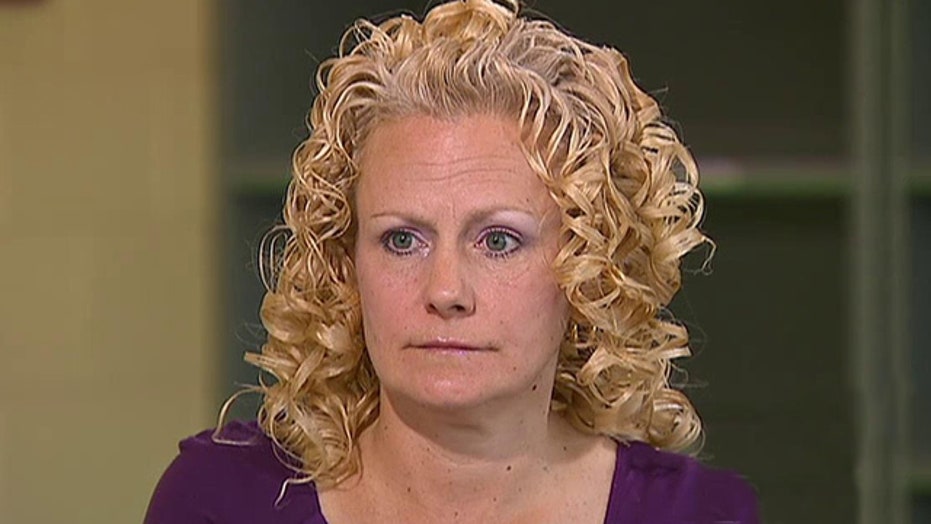 Pamela Smart: I wasn't part of the murder plot

This is a rush transcript from "On the Record," May 25, 2015. This copy may not be in its final form and may be updated.

GRETA VAN SUSTEREN, FOX NEWS HOST: Pamela Smart going ON THE RECORD for the first time. Her interview from behind the walls of a maximum security prison.

VAN SUSTEREN: Were you part of this murder plot?

PAMELA SMART, SERVING LIFE SENTENCE FOR HUSBAND'S 1990 MURDER: No, I was not.

VAN SUSTEREN: Not at all?

SMART: Not at all.

VAN SUSTEREN: Obviously, you are sitting here in prison.

VAN SUSTEREN: For the murder?

VAN SUSTEREN: What do you know about what happened on May 1st?

SMART: Well, I can only go by what the guy said at trial because they were the ones that were inside the house. So, according to them, they waited for my husband to come home and one of them, there were two in the House, and one of them shot him and killed him.

VAN SUSTEREN: Did you know at that point who did it?

SMART: No. Even after he was killed, and the police told me that he was killed, he was dead, then I still didn't think automatically, you know. That Bill had killed him.

VAN SUSTEREN: Did Bill testify against you?

SMART: Bill testified. They all did, except for one.

VAN SUSTEREN: What did Bill say he did?

SMART: Bill said that I told him to do everything.

VAN SUSTEREN: And did he give specifics?

SMART: Yeah. He said that he was supposed to make it look like a burglary and kill my husband.

VAN SUSTEREN: Did he say where the conversation occurred?

SMART: He said the conversations, I think, occurred in my car or my office.

VAN SUSTEREN: Did he say anything more about it?

SMART: At any opportunity, he got just that it was my idea.

VAN SUSTEREN: Why do you think Bill testified against you?

VAN SUSTEREN: How was Bill able to get the others to participate?

SMART: Well, according to the others, they all did it for him.

SMART: Right. That's what I'm asking. Because they are saying that he was manipulated by me. At the same time, he manipulated his friends to go along and do this with him. None of them said that I told them to do this. And they all testified at the trial that they all did it because he told them to. All the conversations they had about the murder they had with him, not with me. And they said that one of them said that they did it for him because they thought he was going to get caught and they wanted to help him.

VAN SUSTEREN: Bill look at you in the courtroom during the trial?

VAN SUSTEREN: You look at him?

SMART: Yep. The whole time. Sure did.

SMART: This is unbelievable. I just couldn't believe it.

VAN SUSTEREN: So, you think is he a pathological liar and a killer?

SMART: Well, he didn't lie about everything. I mean what he said about the affair was true, you know. And that, unfortunately, was the truth. And but I testified to that, too. I was just wondering do they really believe in that this is crazy.

VAN SUSTEREN: What would you like to say to Bill?

VAN SUSTEREN: Anything else?

SMART: I mean, you know, a lot that I probably can't say. Just -- I just feel like -- why don't you just tell the truth. I mean, he is out. It's over for him. You know, tell the truth. But I know that he can't and that he won't. So really I don't have very much to say to him because is he not, if he tells the truth. His plea bargain is no good anymore. That's how it goes. It's wasted on his truthful testimony. So and if he says anything that contradicts anything he said earlier, then his testimony was no longer truthful and there goes the deal.

VAN SUSTEREN: How do I know you are not lying to me?

SMART: Well, you don't know that but I would suggest that you dig deeper into the case if you really want to know more about it because the deeper that you dig, you will find more and more that I believe that you would start to question because people -- a lot of people were very smart people who have a lot of legal aspects of the case and are equally as outraged as I am.

VAN SUSTEREN: Bill said, I did it because my girlfriend, Pam, told me to do this?

SMART: Right. And I don't understand why no one is wondering why his girlfriend, Pam, wouldn't have just gotten a divorce if I didn't want to be married? I had had absolutely nothing to lose at all. The newspapers have said that I had to lose my furniture and my condo. I didn't even own my condo. I rented my condo. I didn't even own my furniture. We were newlyweds. Everything was rented. There was no reason why -- I had a very good job. I had a better job than my husband. And my car was in my name. I was making payments on it. His car was in his name and he was making payments. There is no reason why I would have killed him. That's a very drastic thing to do. There was insurance money that I found out about afterward that wasn't a lot of money.

VAN SUSTEREN: How much was the insurance money?

VAN SUSTEREN: And I suppose someone could think you would do it for 150 at 21 years old?

SMART: No. I doubt it. I don't know, to most people, that was not even a sum worthy, if there even is one of risking the rest of your life in prison. It's just -- to me, it's just -- I can't think of any sum worth it, really. But, to me, that's just like nothing.

And it was money that was never even spent.