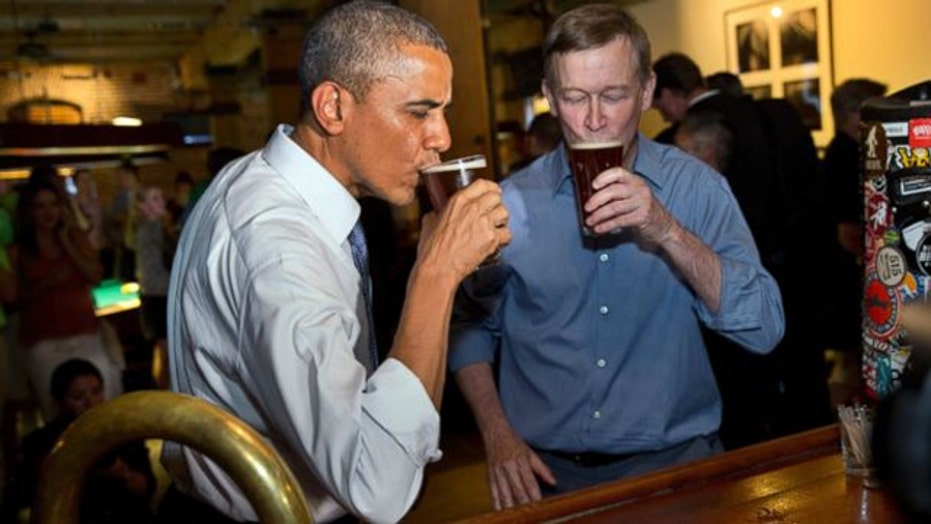 WAYNE ROGERS: Him going down to the border-I don't see the big deal about that. Anybody can go down and see people streaming across the border. Him going down there is not going to change anything. I don't know whether he's wasting his time going down there. What he should be doing is doing something about it. People talk about immigration reform. They have no idea what that means. You've got to seal the border; that's the first thing. We must stop those people from going across.

MICHELLE FIELDS: The President is acting more like the "fundraiser in chief" than the commander in chief. He's asking for $3.7B, yet he does not have the time to go visit a detention center, to go visit the border. This President is more concerned about raising money for the Democratic Party than actually serving the American people. This year alone he has headlined 33 fundraisers, yet he just wants us to hand over all of this money for problems he created. This is all of his fault! It's his policies that have created this.

BOB BECKEL: First of all, I would not have said in my press conference "I do not care about photo ops." I think that was probably not the right thing to say. However, I would send him down there and strap on a gun, which you can do in Texas, and get a bunch of eight year old girls and put them out in the desert with a half a canteen each and say "yes you can go back home." What do you expect the guy to do? Wayne's exactly right. In a political year you're going to draw attention to this? And by the way, everybody raises money...

JONATHAN HOENIG: Photo ops are part of being the President. Sometimes even unfortunate, uncomfortable photo ops. That's the point, where is this President's focus? These days it's on birth control, it's on price fixing, student loans, and having beers, having a hit of pot with someone from Colorado. It's not on the border, Benghazi, the IRS-real issues surrounding government. Bob brought up Honduras-the President actually had some ideas. If he wasn't just a pragmatist he'd suggest, for example, getting rid of our drug regulations that create the wars, create the violence that send so many up from South America.

MICHELLE FIELDS: This has absolutely everything to do with politics. Jim Sinegal, who was the founder of Costco and former CEO, has given $489,000 to democrats as opposed to just $500 to republicans. If you look at how much money he's given to Barack Obama, over $30,000. And if you look at Costco employees as a whole they have given over $203,000. I don't think it's a coincidence that they've given all of this money to democrats and they suddenly don't like Dinesh D'Souza's book.

BOB BECKEL: I agree with Jonathan, which is very rare. He's exactly right. D'Souza is a crybaby. You guys are all friends of the free market system. He has every right in the world to take that book off the shelves.

WAYNE ROGERS: If I was smart I would've done exactly what they did, because this makes the book a best seller. This was a great promotion. You yank it off the shelf; you make a big stink, and everybody wants to buy the book. He's going to make a bundle of money selling that book.

JONATHAN HOENIG: What is the EPA? Unelected democrats writing arbitrary laws impacting and restricting your ability to live, your ability to use energy. Where does this end up? The EPA fining you $50,000 for digging a hole in your backyard, or $10,000 for chopping down a tree. It's the hatred of man for animal's sake, and it's terrible for taxpayers.

MICHELLE FIELDS: Where is the due process? The EPA is acting as the judge, the jury. This is very dangerous. It's government overreach. If there's any agency that needs to be eliminated it's the EPA.

WAYNE ROGERS: What's wrong here is that this is the administrative government out of control. I don't care whether it's the EPA or the VA or whoever the hell it is, it doesn't matter. When you allow a federal agency to be the judge, jury, and convict you on something you have nothing to do with, whether you violated the law or not, we have a fascist government by administration, not by law.

WAYNE ROGERS: GET A REAL BIG RETURN FROM REAL ESTATE AND (STWD)

JONATHAN HOENIG: EMERGING MARKETS & (FRN) ARE A STABLE PLAY IN AN UNSTABLE WORLD