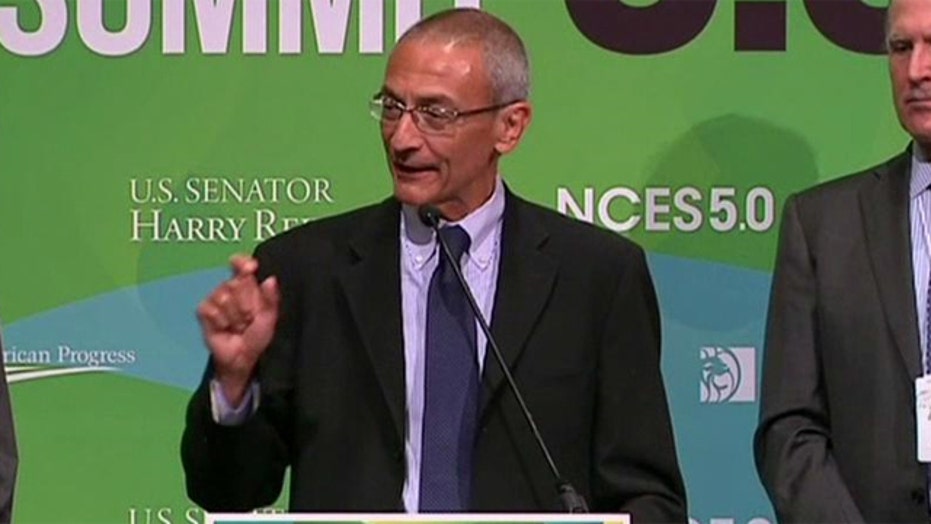 PRESIDENT'S USE OF EXECUTIVE ORDERS FUELING DEBATE OVER FALLOUT FOR TAXPAYERS

STEVE FORBES: With this administration, these extra powers are going to hurt the economy. The IRS is going after conservative groups under rule making, even though they did it illegally before. EPA is still going after fracking and shutting down the coal industry. You see it in the Federal Reserve, you see it in other agencies, and their attitude is do the law, do the decrees like a third-world country and let the courts clean it up later.

MARK TATGE: Every president has pursued some sort of an agenda, and they've pursued it through executive orders, going way back to Ronald Regan and his firing of the air traffic controllers. So why shouldn't Obama use this tool at a time when Congress is in a stalemate? Plus, I think you're forgetting that there's a lot of positive things that come out of executive orders; things like aid for certain Hurricane Sandy victims, expedited review of cancer drugs, things dealing with prohibition of biological agents in warfare. So why are executive orders and evil thing?

RICH KARLGAARD: Mark has a point about executive order, you can look it up-Obama has not used that very often. He has used other kinds of orders to completely disrupt the economy. He's changed his own healthcare law 14 times. That's pretty dubious and constitutionally questionable. He's thrown 1/6th of the economy into chaos. With the BP oil spill he fined without any authority at all $20B. he suspended drilling in the Gulf, again without any authority. So put the official words "executive orders" aside and look at the amount of manipulation this president has done in the economy.

ELIZABETH MACDONALD: It's about unchecked authority. It's bad for taxpayers because it makes the government even less transparent. It makes is about as transparent as a bucket of molasses. The fear of executive orders to bring us into military action say in Libya or Syria, there's always a fear there. The thing is we've got a government now that is in love with reform no matter what. We don't need any more reform. We need reform of the big things, like entitlements. That's not happening. That should go through congress. When you change the rules, when you do something like executive orders, it also breeds a cynicism on the part of taxpayers. So if you're going to be changing things all the time, then why follow the laws?

JOHN TAMNY: When politicians are playing around with laws and legislating taxpayers should watch their wallets, and they should also watch the stock market with fear. That's why I'm a little more optimistic about this. President Obama's legislative program ended a year ago. You've seen that in a major stock market rally since them. History says that second-term presidents get very little done, and the notion that someone who's overseen such a failed signature legislation will achieve a lot I don't think is credible.

SABRINA SCHAEFFER: We know that in the second term President Obama is not going to be able to get his next signature domestic issue, climate change, accomplished without executive orders to help him. We've already seen some of this leading up to this. Sometimes it goes beyond dollars and cents. I looked back at some of the executive orders. Recently he administered one to change the discipline culture at public schools. This is in effect a discipline quote. It doesn't actually help students who are trapped in failing schools. It avoids the hard work of passing something through proper congressional channels.

REPORT: OBAMACARE DOES NOT REQUIRE GOV'T TO INFORM CUSTOMERS OF DATA BREACHES

RICH KARLGAARD: Look at what this administration has done through the IRS, through the NSA, and through other agencies to spy on Americans. So you have that risk from the government itself, and then you have the hacker risks. Hacker and security experts like John McAffe months and months ago warned about how porous ObamaCare is. So for hackers to come in and steal accounts, steal information is a real threat.

MARK TATGE: I think what we really should be looking at is protecting people's private information; as a result business is mining our private data and selling us.

SABRINA SCHAEFFER: We know that for instance in Vermont there was another instance the week of Thanksgiving where somebody hacked into the system to show just how vulnerable that state exchange is. We know that we have more than a dozen attorney generals from around the country who have written to Secretary Sebelius imploring her to make sure that those navigators, those people who are supposed to be helping people navigate the website, that they actually go through proper background checks, and the Secretary has not done any of that. We know that some of these people are good, but some of them have been chosen haphazardly, and they have all sorts of access to our personal information. So unfortunately I think that identity theft is not going to be just a side effect; it is a symptom of this law.

STEVE FORBES: Young people aren't going to do it. It's going to be an election issue next year. This law is hurting the most vulnerable. The most vulnerable are going to go on those exchanges to get the insurance. They're the ones who can't protect themselves. So it's an outrage

JOHN TAMNY: That's a very troubling aspect of the ObamaCare law, but what's interesting here is I think the private sector is going to bail the Obama administration out. When in the private sector we open up a bank account, we get a credit card, we are essentially buying identity theft protection. If our withdrawals look funny, if our charge patterns look funny, they shut down those accounts to protect us until we can explain the charges. So assuming the ACA perceives a sieve for private information, it will oddly enough be the private sector that saves individuals from the Obama administration.

ELIZABETH MACDONALD: It's a funny twist. Remember the President said to the private sector "hey, you didn't build that." Well now the private sector can say to the President "you didn't build that correctly, so we're going to have to step in." Here's the thing, we've got Rep Diane Black, Republican out of Tennessee, saying that the government should tell Americans exactly when and how they were hacked into if they're hacked into on those healthcare sites. I can't believe it's come to this; we've only just rolled out the law and we're talking about people's household income, and their personal information not getting hacked into.

LIST OF "MOST RIDICULOUS LAWSUITS IN 2013" SPARKS CALLS FOR TORT REFORM IN U.S.

ELIZABETH MACDONALD: I love the other one: the grown man who sues his parents for their indifference toward him. I'm wondering if they just need a new battery for their hearing aid. Here's the thing, the CBO already says that tort costs cost that U.S. economy more than $350B a year. There is a congressional bill that is out there that would cap rewards. It would cap lawyers' fees. It would only allow medical malpractice lawsuits to be brought within a three year window. So I think that's a good idea. Why not pass that tort reform bill?

MARK TATGE: There are frivolous lawsuits. I will concede that there is a problem with that. But here on the same show we're talking about the President being too powerful, and we're going to remove people's redress, we're going to remove the ability of people to go to court and seek redress for unsafe products, for laws that aren't being enforced, for problems that are not being solved. Every year we hear this.

STEVE FORBES: That's why we should adopt the rule England has, and that is the English rule the loser pays. If you file a suit and you lose it, you pay the other parties a cost. That reduces frivolous lawsuits. If you have a real claim you go with it. Every other country has that rule; we're the only outlier on it.

JOHN TAMNY: It's a good point, and it's easy to point to lawsuit abuse and say we need a national solution to it, but in the same way ObamaCare proponents say we need a national healthcare solution because one person dies for lack of health insurance. It's got to be stressed that emotion writes a lot of bad legislation. I think we've learned from ObamaCare that we shouldn't legislate healthcare. Tort reform should occur on the state-by-state level. States should compete for the best laws and let it be done there.

RICH KARLGAARD: Something has to be done. What we've talked about this whole show, the theme of this whole show, is the lack of clarity that is paralyzing a lot of businesses from making the kind of investments that they can be and should be making. It's executive order mischief, it's lawsuit mischief. I think we're leaving a point to two points of GDP growth on the table because businesses don't know what's coming next.